Very bad news for Metallica fans down under as the heavy metal giants have cancelled their seven tour dates in Australia and New Zealand from October 17 to 31, 2019 given that the band’s frontman James Hetfield is entering a treatment program to continue his battle against addiction.

The following message was posted on Metallica‘s website earlier today: 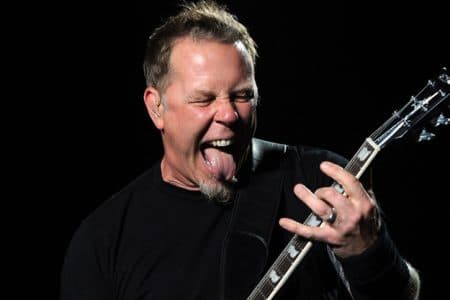 “A NOTE FROM LARS, KIRK, AND ROB

We are truly sorry to inform our fans and friends that we must postpone our upcoming tour of Australia and New Zealand.

As most of you probably know, our brother James has been struggling with addiction on and off for many years. He has now, unfortunately, had to re-enter a treatment program to work on his recovery again.

We fully intend to make our way to your part of the world as soon as health and schedule permit. We’ll let you know as soon as we can. Once again, we are devastated that we have inconvenienced so many of you, especially our most loyal fans who often travel great distances to experience our shows. We appreciate your understanding and support for James and, as always, thank you for being a part of our Metallica family.

All tickets purchased to the shows in Australia and New Zealand, including Enhanced Experiences and Black Tickets, will be fully refunded. More details on how to obtain your refund are below.”

Wikipedia states the following about Hetfield‘s addiction issues (with slight edits): “He is also sober and has been undergoing a rehab program since 2002 (documented in the film Metallica: Some Kind of Monster), maintaining total abstinence from alcohol. In a 2010 interview with So What!, the official magazine of Metallica‘s fan club, Hetfield stated that he is a “reborn straight edge”.”