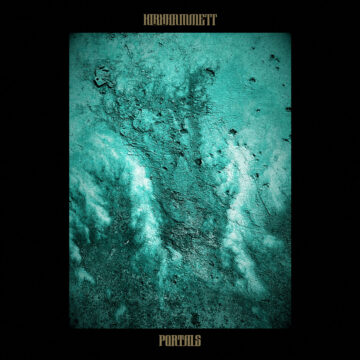 Metallica guitarist Kirk Hammett has unveiled a video for his new single “High Plains Drifter” from his debut solo EP Portals, which was just released today (on April 23, 2022).

“Kirk Hammett of Metallica rings in the release of his debut solo EP Portals with a stunning video for “High Plains Drifter.” “This music was created with what I describe as an Audio-Cinematic approach,” Hammett has said. “They’re soundtracks to the movies in your mind.” In an expression of this Audio-Cinematic approach, the newly unveiled “High Plains Drifter” animated clip directed by Awesome + modest (Bo Burnham, Mountain Goats, U2: From The Sky Down) creates an ever-morphing psychedelic dreamscape that perfectly complements the first track released from the four-song Portals, out April 23, 2022 via Blackened Recordings across digital platforms, on CD, and as a Record Store Day Exclusive Ocean Blue Vinyl EP (including a download card).

The “High Plains Drifter” video can be seen here:

True to its title, Portals is a collection of gateways to myriad musical and psychic destinations. Recorded in multiple locales ranging from Los Angeles to Paris to Oahu, Portals is both the result of musical and metaphysical journeys. An invitation to inner worlds accessible only by music and the psyche it fuels.

Produced by Kirk, Portals is comprised of the songs “Maiden and the Monster” and “The Jinn” on side A, followed by “High Plains Drifter” and “The Incantation” on side B (both co-written with Edwin Outwater, who contributes keyboards and leads the orchestral players from the LA Philharmonic on Portals — and with whom Kirk had previously collaborated on Metallica’s S&M2 concerts and releases). Other familiar names amongst the Portals players include Jon Theodore, Abraham Laboriel, Greg Fidelman, Emmy-winning arranger Blake Neely, and Bob Rock.”