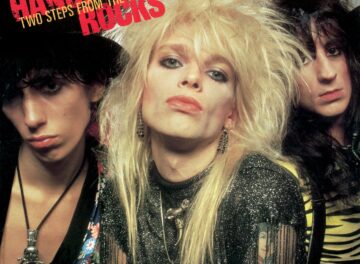 Hanoi Rocks‘ legendary frontman Michael Monroe was recently interviewed by Andrew Daly for Vinyl Writer Music. Monroe was promoting his new studio album I Live Too Fast To Die Young, which was released via Silver Lining Music on June 10, 2022. 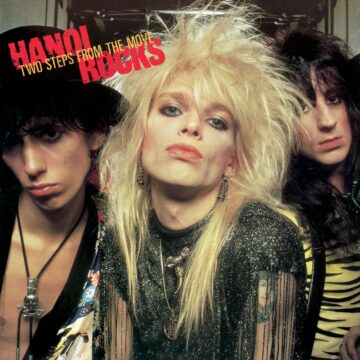 Daly asked Monroe how he measures the significance and importance of Hanoi Rocks‘ album Two Steps From The Move, which was released back in 1984.

Monroe replied: “For me, I think that was one of the best. When I look back, yeah, that was my favorite Hanoi Rocks record. We worked with Bob Ezrin, and that was a great experience. It was a great school, and I learned a hell of a lot working with that guy. He was and is such a great producer, and we were planning to do more together. You know, Bob, he felt the same about Hanoi as he did about Alice Cooper, and we were planning to work together in the future, but things got cut short. So, to me, that’s my favorite album, and it’s the one and only Hanoi Rocks album that I can listen back to without skipping a song or two. To this day, I think it’s an important record, and it really is a strong record. I think that was the best to that point, and we only would have gotten better from there on. If we’d been lucky, you know, if we didn’t have such bad luck with the tragedy that happened, and all that, I think that Two Steps from the Move would have been the start of something for us. So yeah, I think that was a really good record, and we had a great time making it. It was a great learning experience working with Bob Ezrin. Man, it was fantastic. I’ve been in touch with him recently, and he really likes my new record as well. So yeah, I think it was a great record, and we were on our way to something, but fate had other plans.”

In terms of the experience from the album Two Steps From The Move that he still applies to this day, Monroe stated: “Ah, Wow. That’s tough to answer. I guess it’s just the experience, you know? It’s all a learning process, and I’m still learning. I’m still getting better at what I do. So, I think maybe it taught me a sense of how to arrange songs in terms of musicality. It definitely allowed me to develop and reminded me to always keep trying to get better. I think making that album really instilled that in me, which we were talking about earlier. I also learned a lot of things about singing by working with Bob. He taught me a lot about getting into the feel of a song while singing, and also, really thinking about what you’re going to sing before you sing it, but in a way that you’re not in your head. He also showed me how to get inside a song and stuff.”

You can read the rest of the interview with Michael Monroe at Vinyl Writer Music‘s website.

Hanoi Rocks‘ “Up Around The Bend” video: