Hanoi Rocks frontman Michael Monroe has unveiled a video for his latest single “Derelict Palace” from his studio album I Live Too Fast To Die Young, which was released via Silver Lining Music back on June 10, 2022. 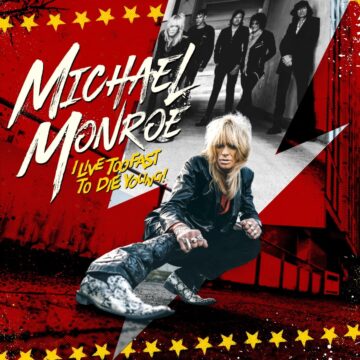 Sleaze Roxx stated the following in its review of I Live Too Fast To Die Young:

“For those familiar with the crowned prince of cool, I Live Too Fast To Die Young! will be of little surprise as Michael sounds absolutely stunning. The musicians he has surrounded himself with, including the Sami Yaffa (once again), are a stable of more than competent and capable musicians that are all in with Michael‘s vision and if I am being honest, I Live Too Fast To Die Young! could easily have been released as a Hanoi Rocks album or even a follow up to the quintessential Not Fakin’ It. Michael, like his music, transcends time.”