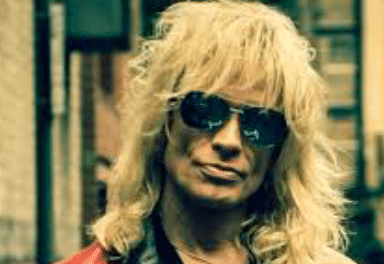 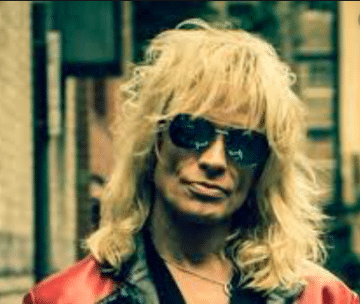 In terms of whether the hair metal band connection bothers him or whether he welcomes the recognition, Monroe indicated: “Well, it’s always nice to be recognized (laughs). I guess it bothers me that most of those bands missed the point. They were more into their hair and partying than they were the music. The music and the attitude were always more important to me. Anybody can party and pose and act like an idiot. A lot of those bands sold millions of records, but they acted like morons and gave real rockers a bad name. It’s almost embarrassing that people might think I would be like that. I’ve never been with a groupie my whole life. I’ve just never been into that whole scene. I guess growing up in Finland gave me a different mentality. I’ve just never been into that pretentious, phony rock-n-roll. I think it’s a crime that phony rock-n-roll sells millions of records and people think it’s real rock-n-roll.”

With respect to forever being linked to Mötley Crüe due to Hanoi Rocks drummer Razzle dying in a car crash with Vince Neil at the wheel back in December 1984, Monroe advised: “I never really knew them that well. I never even met the whole band. I met the drummer and the bass player in London once and we hung out at (Hanoi Rocks guitarist) Andy’s place one night. They seemed like cool guys. Razzle was hanging out with the singer, but they didn’t really know each other that well either. My world and everyone’s lives were shattered (following the crash). Everything just went to bits. We didn’t know each other that well, and musically, I wasn’t really into their style of music. It’s not a pleasant subject.

You can read the rest of the interview with Michael Monroe at 2Fast2Die‘s website.

Wikipedia state the following about Razzle‘s death (with slight edits): “In late 1984, Hanoi Rocks was on their first American tour. Frontman Michael Monroe fractured his ankle, so the band had to skip a few gigs and take a break. During that break, Mötley Crüe‘s singer Vince Neil invited the band to visit his home, in California.

On December 8th, Razzle visited Neil‘s home and spent the day in Redondo Beach. The two decided to take a trip to a local liquor store in Neil‘s De Tomaso Pantera. While speeding and driving drunk, Neil lost control of the car and hit two oncoming vehicles. Two occupants of the other cars were seriously injured. Razzle was taken to South Bay ER but was pronounced dead on arrival at 07:12 local time. He was buried at Holy Cross Church in Binstead, Isle of Wight in 1984. Neil dedicated Theatre of Pain, Mötley Crüe‘s third studio album, to Razzle; however in 2015, Neil admitted to Ultimate Classic Rock that he wrote a check for $2.5 mil to the courts, so he only ever served 19 of a 30 [day] sentence for the reckless death.”