Great news for fans of Hanoi Rocks frontman Michael Monroe as the singer’s solo album Sensory Overdrive, which was originally released on March 14, 2011, will be available in a limited 10th Anniversary edition on vinyl with four bonus tracks via Svart Records.

Track List for 10th anniversary edition of Sensory Overdrive:
A1. Trick of The Wrist 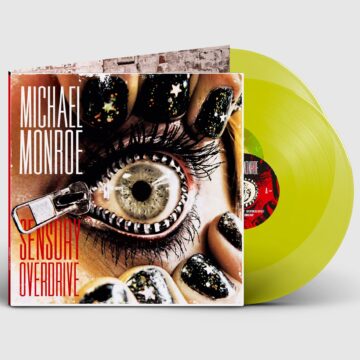 Svart are proud to present the 10 year anniversary edition of Michael Monroe’s 2011 album Sensory Overdrive. Our edition comes with a gatefold sleeve, poster, and 4 bonus tracks (two of which were released on the deluxe CD edition, and the other two on the Japanese CD edition in 2011). This double LP will be available in 3 colors: regular black vinyl, limited yellow vinyl and Svart exclusive splatter vinyl.”