Great news for former Hanoi Rocks frontman Michael Monroe as the singer’s first and third solo albums, namely Nights Are So Long (1987) and Peace Of Mind (1996), have been released on vinyl with bonus tracks via Svart Records.

The following message was posted on Monroe‘s Facebook page on January 3, 2018: 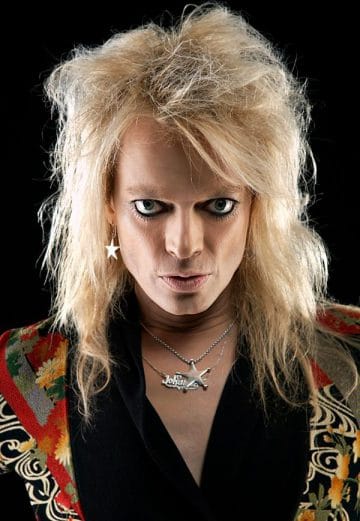 “Hi y’all! Hope the New Year has started out nicely for you. Thanks to Svart Records – my “Peace Of Mind“- album is now available for the first time ever on vinyl (also in blue). It has nicely renewed artwork and an extra bonus record with my original home-made demos of each song plus 2 new versions of the “Peace Of Mind“-piece. AND Svart has also released the “Night Are So Long“-album on vinyl (in purple too) with renewed artwork and previously unreleased bonus tracks etc.

Both releases were put together with great care in collaboration with me and I’m very happy with the result.

Here’s a link where you can get yours. *Michael*❤️⭐

With respect to the Nights Are So Long release, Svart Records states: “Svart Records and Michael Monroe proudly present the expanded 30th anniversary edition of Monroe’s first solo album Nights Are So Long. This vinyl only -reissue features a gatefold jacket with new liner notes by Monroe biographer Ari Väntänen and three unreleased tracks from the Monroe vaults.

There was a time in Michael Monroe’s life when the night seemed to last forever. When the proverbial dawn finally broke, it came in the form of Nights Are So Long, his first solo album.

The darkness descended in December 1984, when Razzle passed away. He was the drummer of the legendary, influential Hanoi Rocks, the perfect rock’n’roll band Monroe had put together in 1980. Razzle’s death was a devastating blow, and after limping on for a few months in 1985, Hanoi Rocks was no more. 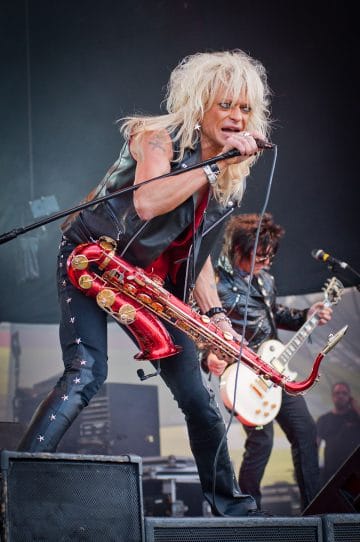 Living in London at the time, Monroe spent the rest of the year recovering from a profound loss. Like his surviving band mates, he had lost a close friend, a dream band, and basically everything he had known so far. It was a lot to deal with.

By 1986, the haze of sadness had cleared enough for him to move on. In search for a brighter future, he left the UK and found a new home in New York’s Lower East Side. Relocating there was not really a career move but a way to start a new phase in life, but still, a new city with a fresh vibe was just what he needed as a musician. Soon after arriving in NYC, Monroe began working on new music with new people. After playing a few shows with a short-lived band Secret Chiefs, he continued on his own.

In the beginning of 1987, Monroe signed a solo album deal with Yahoo! Records, a label run by former Hanoi Rocks manager Seppo Vesterinen. He went to the studio with Craig Goetsch, who had previously worked with Ian Hunter, Steely Dan and Humble Pie and as the sound man for Secret Chiefs.

Nights Are So Long remains an important turning point of Michael Monroe’s career. It is where and when he rose from the ashes of Hanoi Rocks and emerged as a songwriter. It is the early dawn of his solo career, and the cover art even looks the part in its shades of sunrise: there he is on his own, a natural-born rock’n’roll star captured in time in his mid-twenties, obscured by the shadows of the past and the uncertainty of the things to come, being brought back into the light. The colours are deep and the contrasts sharp, as they are, when the darkest hours are over and it’s time to rise and outshine.

Thirty years on, Michael Monroe is one of the rock and roll’s greatest cult heroes and arguably the best front man there ever was. He’s never changed who he is and what he does, and it all is present on Nights Are So Long. Showing no signs of slowing down, he still keeps it up, be “it” the classic rock and roll torch, the freak flag of true individuality, or the bar for those who get up on stage to put on a show.” 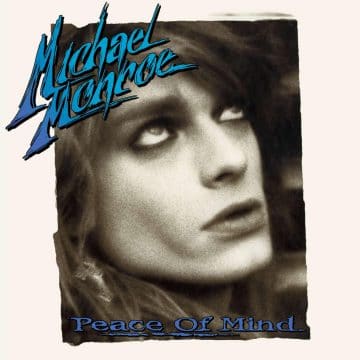 Track List for Nights Are So Long on vinyl: 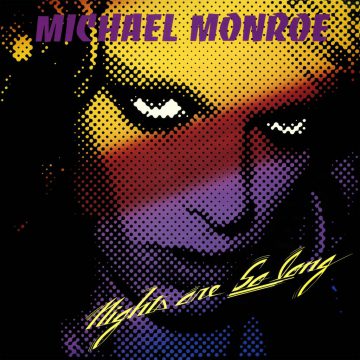