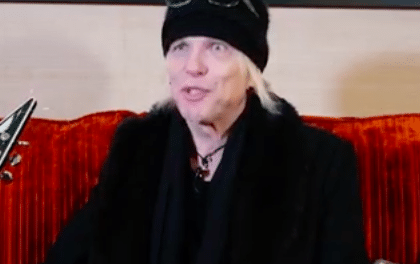 Former Scorpions and UFO guitarist Michael Schenker was recently interviewed by Duke TV and continues to have some choice words to say about his brother and ex-Scorpions bandmate Rudolf Schenker. 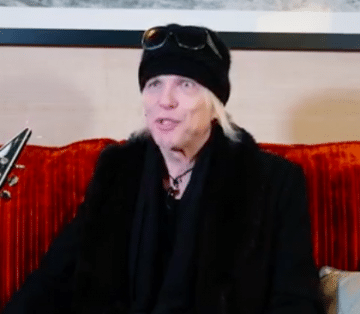 “The other thing with Rudolf, I always supported him and I think up to 2015, I always said ‘Hey! More power to Rudolf‘ and so on. I could never understand how he could do so much with so little because he can’t really play guitar, you know? And so… When I left the Scorpions and left the machine, I never checked on anything that was happening because I wasn’t involved, you know. It was only in 2015 when I was approached to do, to help with the Scorpions box, that i realized that I was not credited for “Holiday”, that I was not… That Rudolf asked me she we did Lovedrive if I would give him my compensation of “Coast To Coast.” I was wondering why but said, ‘Hey, you can have it.’ I gave it to him as a present and then he asked me, ‘Can I play your black and white guitar?’ Ummm. Why would he want to do that? ‘OK, go ahead’ you know. So then he died his hair blond you know and I was out of the machine.

I opened the doors to America for the Scorpions. I guess that he wanted to pretend that he was me. I don’t know but they did not credit me. In fact, [the] re-release of Lovedrive, which I helped to open up for them to get their chance in America, they even left my name out completely. So I found out all these things. No picture. I had a contract with them to be sixth member. I should have had a picture in there. No picture. In the end, no name. Rudolf actually performed my songs that he took from me; that I gave to him as a present and I went like wait a minute. What do you do with people that bully and you know, manipulate, and trick you into things, and rip you off basically? I decided, ‘Stay away.’ He’s got a new life, a new wife, a baby, and I think from the eyes of the baby, I think he’ll realize something. Being a fame junkie you know, fabricating it. People like that, it’s basically like addicted to heroin. They’ll walk through dead bodies to keep it all going for themselves.”