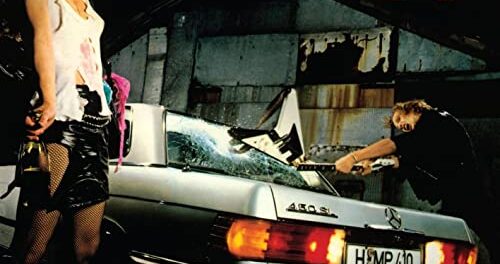 Former UFO and Scorpions guitarist Michael Schenker was recently interviewed by Denis Gray for the Australian Rock Show podcast. Schenker was promoting his new album Immortal, which was released earlier this month (on January 8, 2021) via Nuclear Blast Records. 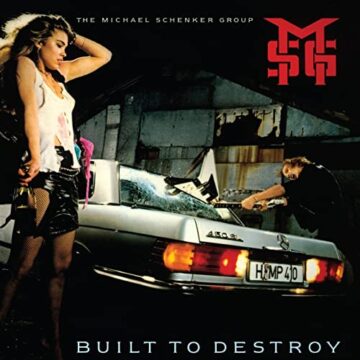 While discussing some of his recent album covers, Schenker was also asked how the cover art for Michael Schenker Group‘s 1983 album Built To Destroy came about as the photograph on the album cover depicts Schenker smashing a guitar through the rear window of a Mercedes.

Schenker explained (as transcribed by the Australian Rock Show podcast with slight edits): “That was a real story — happened in the middle of the night. I had a problem with my girlfriend and you know, it just kind of, I let my anger out you know by going outside on the street with the guitar and smashed it into my Mercedes and walked away. Actually, the police car followed me and said ‘Hey, do you know what you just did?’ I said ‘Yes, I just smashed my guitar and my car.’ And they left. It was unbelievable and so I thought later, if we can capture this, in a way, it would be a great album cover. And also actually the title Built To Destroy is like, the buddhists do that — you know they build something then they destroy it, then they build something again, then they destroy it — it seems like that’s what humans do.”

Wikipedia states the following about the record Built To Destroy (with slight edits): “Built To Destroy is the fourth album by the Michael Schenker Group (MSG). Gary Barden returned to the group on vocals following the departure of Graham Bonnet amidst tensions with Michael Schenker. This was the band’s final studio album prior to their disbanding, and Schenker moving on to form the McAuley Schenker Group with vocalist Robin McAuley. New material released under the Michael Schenker Group name would not appear for over a decade. The song “Captain Nemo” was the theme song for Eddie Trunk‘s radio shows Friday Night Rocks on WAXQ and Trunk Nation on XM Radio‘s Hair Nation Channel.”

You can listen to the interview with Michael Schenker on the Australian Rock Show podcast below: