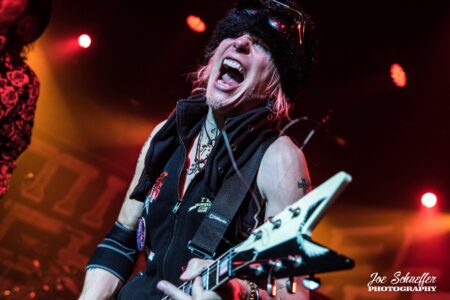 Schenker was asked about how close he was to joining Ozzy Osbourne‘s solo band (after Randy Rhoads passed away on March 19, 1982) to which he replied:

“I was kind of tempted. I had only just left UFO and the Scorpions, and I had already auditioned for Aerosmith. When I was approached by Ozzy, he told me, “You were Randy Rhoads’s favorite guitarist. I want you to join.” It was kind of strange to deal with that situation because Ozzy called me in the middle of the night, and he was obviously very confused and disturbed and begged me to join. I considered it heavily, but something was pulling me away. I had to analyze what was going on. I didn’t quite understand myself. And then I came to the solution, I said to myself, “I cannot do this, because I’m working for self-expression. If I join him, I have to play all these past albums. I have to copy all of them. I have to be on stage. And I have to do something that I just ran away from.” In the end, I had to remind myself, “Michael, you left UFO and you just left the Scorpions. You left for a reason, and for that same reason, you should not join Ozzy.” After thinking about it, that was very clear to me, and I don’t regret the decision for one minute.”

Bernie Tormé ended up being the temporary replacement for Rhoads for a handful of gigs back in 1982 before Brad Gillis (Night Ranger) was brought in to finish the tour.