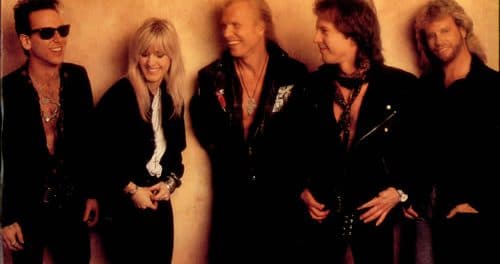 Former Scorpions and UFO guitarist Michael Schenker was recently interviewed by Ruben Mosqueda for Metal Titans and spoke about the group Contraband which released one self-titled album back in 1991 and also featured Tracii Guns (L.A. Guns) on guitar, Richard Black (Shark Island) on lead vocals, Bobby Blotzer (Ratt) on drums and Share Pedersen (Vixen) on bass. 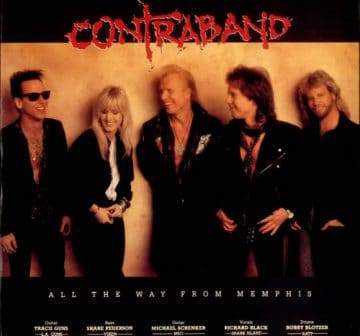 Schenker advised: “I did that when I had time before recording the next album with Robin McAuley. Bobby Blotzer from Ratt was in that band, I was invited to fill in [in Ratt] because Robbin [Crosby] had died. That was a very colorful bunch of guys! [laughs] I had never seen anything like it! [laughs] I was completely straight, so I remember everything! [laughs] I’ve never seen anything like that, that’s all I will say about Ratt! So, I wasn’t doing anything at the time and I was asked if I wanted to be a part of Contraband, I said, “Sure! Why not?! I’m not doing anything else at the moment.” It was unusual, but it was fun. I had fun recording that album and I liked working with [producer] Kevin Beamish. I got on with everyone, there was chemistry, but it was not meant to be. Tracii Guns and Richard Black, didn’t get on with each other there was a fight and it was over.”

You can read the rest of the interview with Michael Schenker at Metal Titans‘ website.

Wikipedia states the following about Contraband (with slight edits):

“Contraband was a short-lived supergroup /side project that included members of several famous rock bands from the 1980s, such as Shark Island, McAuley Schenker Group, Ratt, L.A. Guns, and Vixen.

Contraband came to be after a Vixen and Ratt unplugged session on MTV.