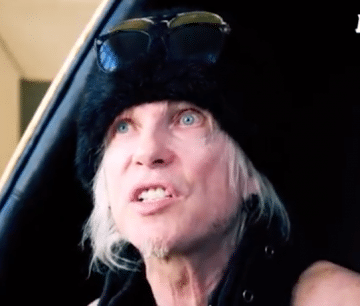 The guitarist spoke about the album cover for Michael Schenker Fest‘s new studio album Revelation before speaking about his brother and former Scorpions bandmate Rudolf Schenker as well as his ex-UFO bandmate Phil Mogg.

Michael Schenker indicated (as transcribed by Sleaze Roxx): “The one that conquers himself conquers more than the one who conquers the world. That is the album cover. It’s about purity and passion versus greed and corruption, you know. I put the Romans in there given that Caesar was corrupted and greedy, and basically people give you an out of tune guitar in front of thousands of different people to humiliate you. That means they will thrash you. Rudolf [Schenker] completely distorted my image. Where is the ‘thank you’ for Lovedrive. I don’t understand guys where you’re coming from. What is the problem? Are you now living in a Münchhausen bit world or what? What is your problem? I gave Phil Mogg the name UFO back for free. I was the owner of 50%. He never said ‘thank you’ so I am realizing that people that can’t say ‘thank you’, they are on a bloody weird trip you know? There’s honestly something not right with them. There’s a psychological twist or problem going on with them that they don’t see what happened to them because they asked me for helping them with the Lovedrive album and, and paved the path for their success. Unbelievable!”