The following message was posted on Schenker‘s Facebook page back on August 10, 2020: 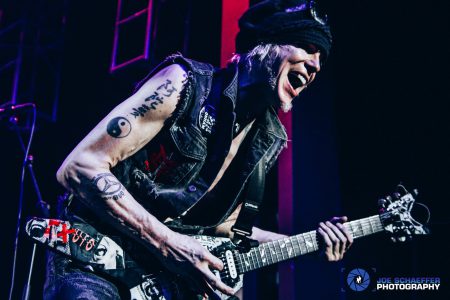 “Michael Schenker is currently in the final stages of recording a brand new MSG album, which is set to be released on Nuclear Blast on January 8th, 2021. The album title will be “Immortal“, a perfect statement to describe Michael Schenker‘s legacy and to celebrate his 50th anniversary as a musician.

This super team recorded ten tracks, including the magnum opus “In Search Of The Peace Of Mind”, the first song ever written by Michael Schenker and previously recorded on Scorpions‘ debut “Lonesome Crow“. The song was recorded to celebrate Michael‘s 50th anniversary and features even more surprises, with singers Gary Barden, Doogie White, Robin McAuley and drummer Simon Phillips joining in this epic celebration.

The limited first edition of this upcoming MSG album will feature another unique extra: a Blu-ray of Michael Schenker Fest performance recorded during their headline show at Bang Your Head Festival two years ago.”

The music is best described as mostly melodic hard rock with progressive undertones. Schenker is famous for his half-black, half-white Gibson Flying V electric guitar and for his unorthodox approach to lead guitar. He is sponsored by Dean Guitars and is well known in the neo-classical genre.”