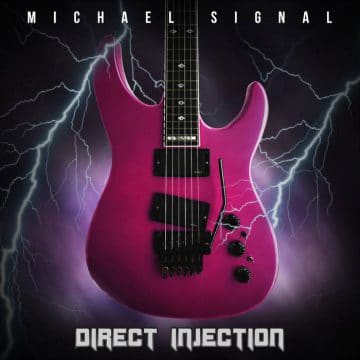 New Zealand multi-instrumentalist rocker Michael Signal has released a new EP titled Direct Injection, which includes a cover of the Scorpions‘ anthem “Rock You Like A Hurricane.”

Signal impressively played just about everything on the EP as he is credited for the vocals, rhythm and lead guitars, bass and drums as well as production and mixing duties.

Julian Angel also did the mixing and played additional guitars on the album.

Track List for Direct Injection EP:
01. Licence To Thrill
02. Rock You Like A Hurricane
03. Illusion
04. The Lone Wolf

Signal‘s Direct Injection EP can be purchased via his Bandcamp page.