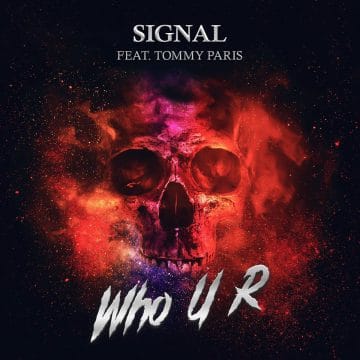 New Zealand based rocker Michael Signal has released a new single titled “Who U R” which features guest vocals from former Britny Fox lead vocalist Tommy Paris. The single can be heard via Spotify or via the YouTube link below.

Speaking exclusively to Sleaze Roxx, Signal indicated as follows about Paris‘ involvement on the new single: “Yeah, I had a good riff [that] I thought Tommy would sound killer on. I sent it to him and he wrote some lyrics and melodies over it and sent it back, [and] then I finished it off and mixed it. I’m a huge Britny Fox fan and Bite Down Hard is one of my all-time favourite metal albums so I’m really stoked. I like the lyrics and message in there too about things that are happening in society now, so it’s got that edge to it and you can interpret it in your own way, which is cool.”

The single “Who U R” will be part of Signal‘s next solo album. In terms of the timelines for that record, Signal advised: “[The] new album should be out by the end of the year and I’m hoping to get at least one or two more guest appearances for it.”