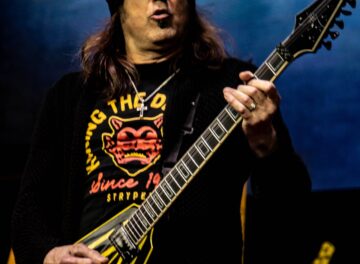 Stryper frontman Michael Sweet has an interesting take on the impact of grunge on “hair metal” bands. It is commonly accepted that grunge music “killed” the hair metal movement in the early 90’s. 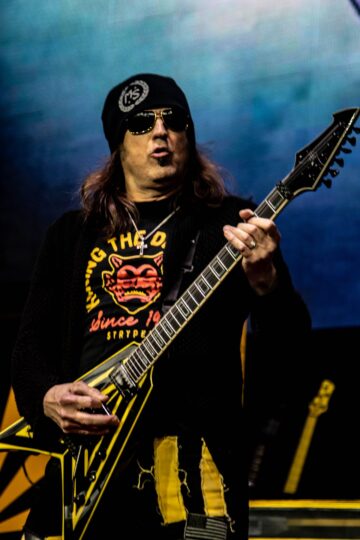 Photo by Shawn Sand w/ Behind The Lens Photography

Canadian rocker Lee Aaron revealed in an interview with The Metal Voice back in 2018 that she ended up going bankrupt after starting her own label due to the grunge movement.

While addressing a crowd during a Monsters of Rock Cruise back in February 2019, Vain frontman Davy Vain recalled getting a call from Gene Simmons that “rock is dead” when grunge was taking off.

Sweet, on the other hand, thinks otherwise as he made the following comments on his Facebook page earlier today:

“I don’t believe that Grunge killed hair metal. I think that many hair metal bands stopped trying to some degree and because of that, they started releasing mediocre music. Stryper included.

When “hair metal” exploded on the scene in the early 80’s it was incredibly powerful, fresh and exciting. A movement that changed the times. As the 80’s came to an end, “hair metal” was for the most part cliche, some what redundant and for the most part, recycled. I want to be fair and say not all bands but certainly many. Also, this is my personal opinion.

I think fans were looking for something new and exciting again. Enter grunge. If was a movement as well. It wasn’t really as intricate musically speaking but it was raw and passionate and that’s what makes music appealing. No matter what genre.

Originality and passion builds the foundation of any great artist/band.

I’ll never forget when I first heard Nirvana. I actually loved it and immediately went out and bought the record. I played it for the guys and they didn’t seem quite as excited about it as I was but I thought to myself – times definitely changing, and they did very quickly!

Personally, the grunge movement helped me to work harder and try harder. I dug a lot deeper within myself from that time forward to be a better writer, performer, musician and producer. So, I say thank you to Grunge for turning things around 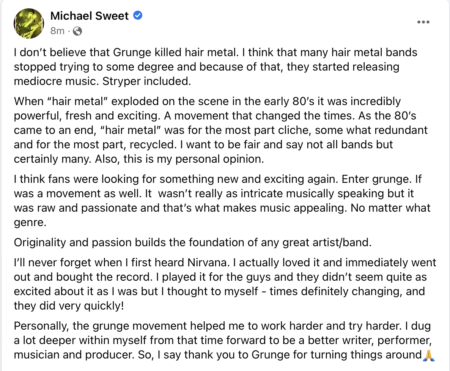