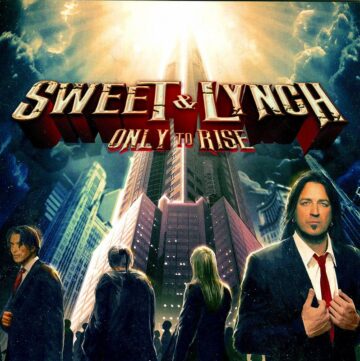 The following message was posted on Sweet‘s Facebook page yesterday:

“It’s always difficult to compliment your own project. It either comes across as prideful or at the very least, self pretentious.

There are great singers and guitarists out there who technically sing and play circles around GL and myself. Who cares. What matters is the song writing. If you don’t have the songs then you don’t have anything. Our first album had the songs. It rivals anything we’ve ever done yet it didn’t get the recognition it deserved.

Sleaze Roxx stated the following in its review of Only To Rise: “If you are fan of any of these artists, or just a hard rock connoisseur in general, Only To Rise is a must have. I know it’s early in the year, but I will go out on a limb and say that this album will probably be noticed as one of the best of 2015. Sweet & Lynch, representing the top talent in the music business today, have made an album to compete with other ‘super-groups’ such as The Winery Dogs with their brand of straight-up hard rock — so jump on board, and let these twelve songs take you on a rock ‘n’ roll journey.”

Sweet & Lynch‘s “Dying Rose” video (from Only To Rise album):