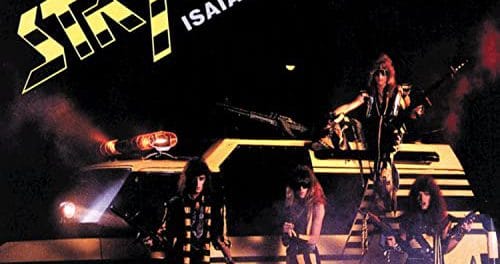 Michael Sweet feels that people either love or hate Stryper

Stryper frontman Michael Sweet continues to use social media to provide some of his insightful thoughts.

“1st cup of coffee and just sharing my thoughts. 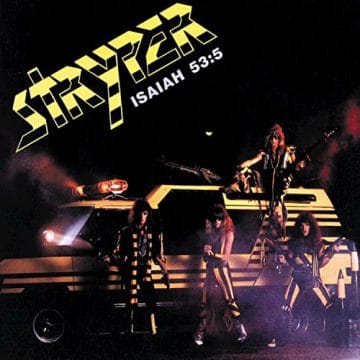 I look back on the past 38 years and I’m always humbled by what has   transpired. We were four kids who wanted to pursue our our dreams in music yet we were also four kids who knew the truth about God and His salvation. We all rebelled against it mind you, but we knew deep down in our hearts that God had blessed us with the abilities and talents and that his hand was already upon our lives. We continued to run from that and rebel against it until 1983. That’s when everything changed.

I knew once I changed the lyrics of the first song (Loud & Clear) that there would be no turning back.     As I sat there and re-wrote the words I knew that many would love us and many would hate us. I knew from that moment forward that we would be scrutinized and even ostracized    by some yet I had no idea that there would be a movement, an experience that would change the lives of so many. Four nobodies who would change the music industry forever

It’s been an incredible journey but I’d be lying if I said that it’s been a perfect journey. It certainly has not been. It’s been an extremely bumpy road with many hurdles to get over or maybe a better way of putting it, many mountains to climb.  With this band there is no middle ground. It’s either one way or the other. People either love us or they hate us. And we understand that that’s part of the process. When you stand for Christ you will be loved and you will be hated. More so hated, especially in today’s world.

That’s not to say that I would change a thing. I look back on the past 38 years and I smile. I smile because as great as it has been to perform, to sing, to play, to write, to produce music – it’s been far greater to know that people who were hurting have been inspired and encouraged by the music/message of Stryper. So many lives have been altered/saved by the powerful message and music of this band. That’s what motivates me to do more, to do better, to never stop.

I know when I say things like that that it makes some haters infuriated. All the people that ridicule what we do. My hope and desire is that maybe someday one song that we haven’t recorded yet will get to the heart of someone out there who has closed their mind (and ears) to this band. We will keep shining a light into a dark world with every song, every album that we release. That’s who we are, that’s what we do.

As far as Sleaze Roxx readers are concerned, there appears to be more love than hate for Stryper since the Christian rockers are the only ones to have taken the #1 album of the year title on two occasions (with No More Hell to Pay in 2013 and Even The Devil Believes in 2020) as voted by Sleaze Roxx readers.

Stryper‘s “Divider” video (from Even The Devil Believes album):