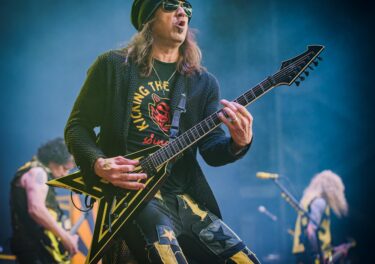 Stryper frontman Michael Sweet was recently interviewed by Jimmy Kay and Alan Dixon for Canada’s The Metal Voice. Sweet was promoting Stryper‘s upcoming new studio album The Final Battle, which is slated for release via Frontiers Music Srl on October 21, 2022. 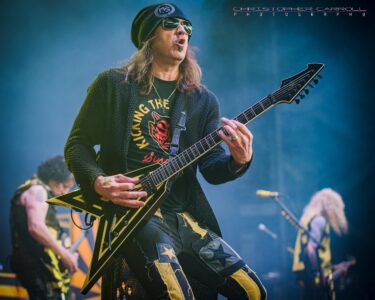 Sweet was asked why Stryper aren’t asked to open for arena acts in North America to which he replied (with slight edits):

“When you ask a question like that man, there’s so many answers to that question. I don’t have to be the one to give you those answers. I think you know anyone who has the smarts can figure it. I mean one is the fact that we are who we sing about [Jesus]. I don’t know why? I don’t understand it but people fear what we sing about and the way they react to that is through mockery or you know poking the bear, poking fun at us or whatever you want to call it. It’s just constant disrespect because of what we sing about and who we sing about. I find it so interesting and odd because you know, you got all these other bands that sing about Satan which is stupid in my opinion. You want to talk about ridiculous? That’s about as ridiculous as it gets but I don’t go around telling people that I can’t listen to that band cause the lyrics are ridiculous. I still listen to the bands and I love the music but why can’t people do that with Stryper. I have no clue why?

But then when people say that we suck, it’s really laughable. Stryper does not suck in any universe and when people say that, it’s just absolute ignorance is all it is. When you come and see Stryper play, you’re going to get a rock show and I think most people will leave satisfied. It’s really disheartening that we don’t ever get those calls and you know, I just scratch my head and I just kind of say, I have no clue. I mean, I do know why but I don’t know why if that makes any sense. It’s just a mystery to me because we deserve the opportunity to go out and play with these bands just like any other band. And not only deserve the opportunity but you know I think surprisingly, it would shock a lot of fans. I think most people that would go to a show like that, say Judas Priest or Scorpions, and if Stryper came out and opened the show, I think most people would say wow it was awesome. I think most of it is about Jesus, not all of it, but most of it is unfortunately.”

You can read other excerpts from the interview with Michael Sweet at The Metal Voice‘s website and/or listen to the interview below: