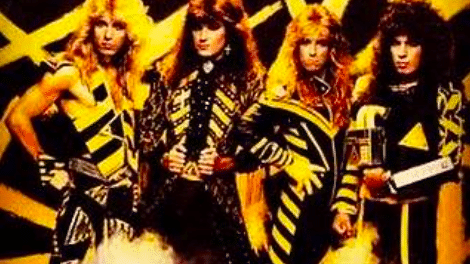 Stryper frontman Michael Sweet continues to provide some interesting commentary via Facebook and this time has reflected on former Stryper bassist Matt Hurich‘s time in the band.

The following message was posted on Sweet‘s Facebook page about one hour ago: 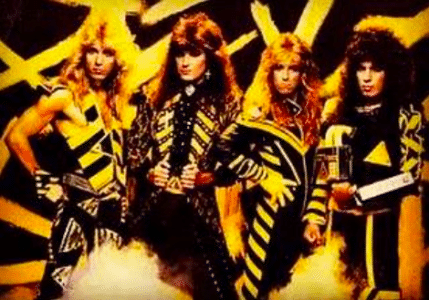 “Some of you may or may not know this but Matt Hurich (formerly of Leatherwolf) was a member of Stryper for a brief moment. We were looking for a new player back in 1986 and we had performed with Leatherwolf a few times locally. Matt had a style that was similar to Steve Harris of Iron Maiden – although Matt was a great guy, it wasn’t the right fit. Here’s the only group photo ever released with Matt.”

Wikipedia states the following about Hurich‘s time in Stryper (with slight edits): “Bassist Tim Gaines did not participate in the recording of To Hell With The Devil, and for a short period of time prior to the release of the record he was replaced by Matt Hurich. Hurich was not with the band more than a month, although he was outfitted with a yellow and black striped bass and a racing costume. Brad Cobb played bass on the album. However, when the promotional photos for the album were being shot, Gaines returned to the band and subsequently participated in its successful world tour.”

Hurich was part of Leatherwolf from 1981 to 1986. Wikipedia indicates the following about Leatherwolf‘s beginnings up to the point where Hurich left that band:

“Formed in the early 1980s, a teenaged Leatherwolf emerged on the Southern California scene sharing bills with fellow OC metal acts such as Metallica, Witch, and Slayer at venues like the Woodstock and Radio City. Leatherwolf quickly caught the attention of Enigma Records affiliated indie label Tropical Records who financed the band’s eponymous 1984 5-song EP, produced by Randy Burns. Germany’s Steamhammer/SPV label released the EP, upgraded to a full-fledged album, in 1985, titled Leatherwolf, while Heavy Metal America, who had the rights for Great Britain, issued it as Endangered Species, so named after one of the songs on the album. In 1986, Matt Hurich left to join the band Stryper and was replaced by Paul Carman, formerly of Black Sheep.”