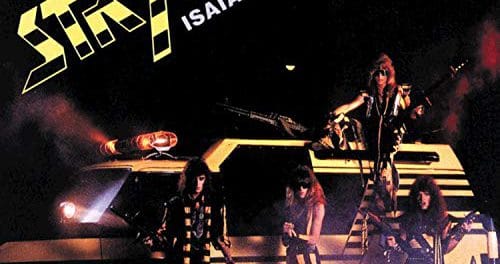 Stryper frontman Michael Sweet was recently interviewed by Denis Gray for the Australian Rock Show podcast (audio below) ahead of doing some solo acoustic shows in Australia in November. 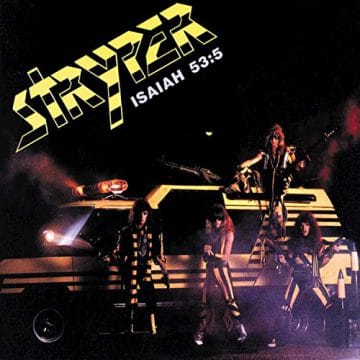 When asked about the background history of Stryper‘s 1985 single “Soldiers Under Command”, Sweet advised (as transcribed by the Australian Rock Show with slight edits): “It was written specifically for that record. We had been playing a number of those songs out in public for quite a while before we recorded them. So when we went into record with [producer] Michael Wagener, we wound up just banging those songs out. Robert [Sweet] tracked the drums in a day, a day and a night. We tracked the guitars in a few days, bass in a few days and then background vocals in a day and lead vocals in a few days and then it got mixed. So it was a very quick process because we knew what we were doing. I remember Michael Wagener just kind of smiling through it all and saying after we’d do a take, he’d say, ‘Yeah perfect. I don’t know what else to say. That’s great.’ And it just really went well.

The song itself “Soldiers Under Command” has a little bit of a Judas Priest vibe to it. We’re huge Judas Priest fans, especially me. Judas Priest really changed my life musically, Priest and Van Halen — those two bands and I think you hear flavours of that in that song in particular. It was just a great opportunity and then lyrically it’s talking about how we are soldiers under God‘s command. You know, [it] kind of lays out what Stryper‘s all about in the lyrics.”

You can listen to the interview with Michael Sweet by the Australian Rock Show podcast below: