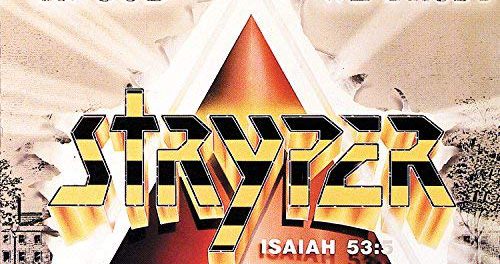 Stryper frontman Michael Sweet hasn’t been shy about sharing his views on his band’s various albums over the years.

The following message was posted by Sweet on his Facebook page earlier today with respect to Stryper‘s album In God We Trust, which was released back in June 1988: 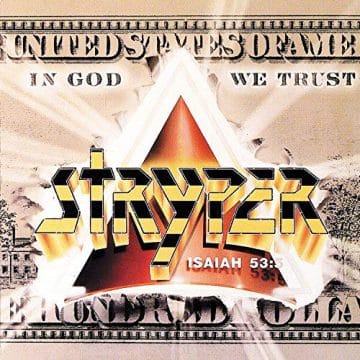 “One of our best albums yet strangely enough, one of our worst. “In God We Trust” could have taken us far beyond where “To Hell With The Devil” had left us but due to over production, over perfecting and me getting very sick throughout the recording process, it suffered from over performed and under achieved production. It definitely includes some of our best tracks to date (In God We Trust, Always There For You, The Writings On The Wall, Lonely) yet the life and energy suffered due to too many takes and too many tracks. If we had produced IGWT properly, it could have taken us to new heights and quite possibly have been our biggest and baddest to date. You live and learn and try not to make the same mistakes? We’ve been doing pretty good ever since ?”

Sleaze Roxx stated the following in its review of In God We Trust:

“In God We Trust is a mixed release for me. I like the ballads on it, along with a few deep cuts, but overall, there are tracks I would just listen to and then put away the CD. I would not play the whole thing in its entirety, even today, after not listening to it for years. One funny aspect of the packaging of the CD is that there is a listing of other artists on the label, where the fans could order other recordings. The reason I mention this is my CD copy has acts like Poison, Hallows Eve, and even a band called Bitch listed, right next to the other Stryper releases. One would think that the label would keep this to only its other Christian acts similar to Stryper.

The album is a short one, just under 40 minutes with 10 tracks. Although I preferred To Hell With The Devil and Soldiers Under Command as some of Stryper‘s best work, it is hard for acts to follow up a mega hit album, like Stryper tried to do. Fans know what they are getting with the Stryper brand — Christian lyrics with melodic guitar solos (except for the Reborn album where the solos were absent). Although this was not Stryper‘s strongest album, it still sold well and has its following. This album, in my opinion, is able to be listened to in small amounts at a time. Even though I would not listen to the whole thing all the way through, it still has some good aspects to it, which is still better than some of the other Christian acts’ entire catalog.”

Stryper‘s “Always There For You” video: