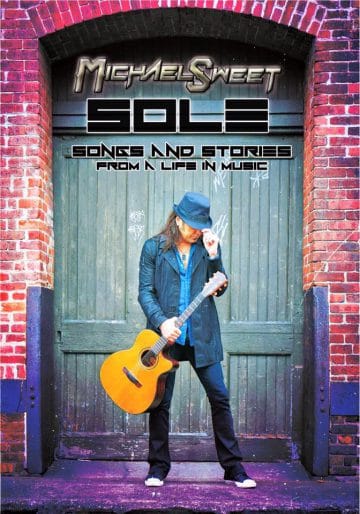 Fans of Stryper‘s long-time frontman and leader Michael Sweet are in for a treat as the singer will be releasing a DVD entitled Sole – Songs And Stories From A Life In Music, which will reportedly be available for purchase on December 14, 2017.

Sleaze Roxx stated the following in its review of Sweet‘s last solo album One Sided War: “After a few listens to this album, I was surprised at how fast of a listen this album is. Once it is over, you will ask yourself, “Is it already over? Because I want to hear more!” That’s how good this album is. If you are a fan of the heavy side of Stryper, then you have to pick this album up. It will not disappoint you and you will want to tell all your friends about how good it really is. I am also amazed at how well all the musicians are on this album. I was blown away at their talents and I will be sure to check out all their other work so I can hear more of what they have done. I just hope you all enjoy this album as much as I do.”