Stryper‘s frontman Michael Sweet has announced that he plans on touring sometime in 2017 in support of his upcoming new solo album One Sided War that will apparently be released in June 2016. It appears that such a tour would be focused on Sweet’s solo material released in the last fifteen years. 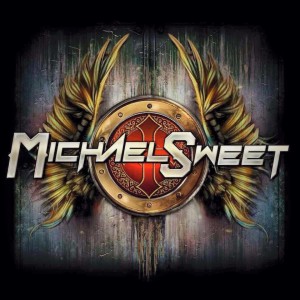 “I’ve NEVER been more excited about any album I’ve recorded as much as I am for the new solo album, “One Sided War” (coming soon via Rat Pak Records). I haven’t toured with a solo band since 2001! I’ll be putting together a killer band comprised of the best musicians and touring sometime in 2017 – there’s just too many solo albums (MS, Real, Truth, I’m Not Your Suicide, One Sided War) that need to be heard live. It’s happening;-)”

Sleaze Roxx stated the following in its review of Sweet‘s last studio album I’m Not Your Suicide: “The musicianship throughout I’m Not Your Suicide is top notch and this is one of those releases that keeps getting better every time I listen to it. The album is definitely on the lighter side of rock that I would normally listen to, but since Sweet‘s vocals sound so good on it, I find myself longing to hear the album over and over.”