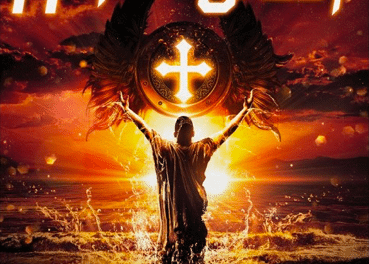 Stryper frontman Michael Sweet has elected to release his original solo version of what eventually morphed into the band’s album Reborn, which was released back in 2005. Sweet‘s album Reborn Again is available for pre-order and will be released sometime in April 2021. 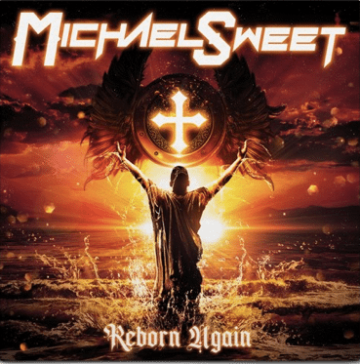 IMPORTANT: this is a pre-order.  Your album will ship to arrive to you in April, 2021.  All items in your order will ship at the same time.  If there are other items you’d like to receive sooner, please place a separate order.

The story of “Reborn Again”

After the 2003 Stryper Celebration Tour, I came home and immediately started working on a new solo album. I recorded 10 songs/demos at my home studio and then booked time at Blue Jay and Mixed Emotions to record the album. Once it was complete, I started shopping to a number of labels. I was about to sign a deal when I wound up performing with Stryper in FL in 2004 and I played the music for the guys while we were there. They loved what they heard and we ultimately decided to reform and head back into the studio to make it a Stryper album and to officially reunite. The arrangements of the original songs did not change at all. It was re-recorded and released on 8/16/2005 and titled “Reborn” under the Stryper name.

After years of requests and a lot of thought, I decided to release the original versions/tracks and add some things that I felt were always missing: guitar solos, high vocal notes, more rhythm guitars, synth parts and an alternate version of “Passion”. The original drums and bass are clean and punchy and Derek & Lou did an outstanding job laying down the foundation. I’ve always wanted everyone to hear what these guys did and how well they did it!

So, here we are! Kenny Lewis and I decided to make those changes and reproduce the original version for all of you to hear. I couldn’t be more pleased.

It was always a dream of mine to be able to offer this version to all of you and I really believe that you’re gonna love it! I’m so excited to finally be able to bring you “Reborn Again”!

Sleaze Roxx stated the following in its review of Stryper’s album Reborn: “Listening to it now, the album is not as bad as many have claimed; some songs really rock out, and Tracy Ferrie holds his own in his debut. The lacking of guitar solos; with the melodic twin guitar sound that made the band legendary, would have to wait for their next release in Murder By Pride, along with the lack of a full production sound makes some tracks sound like demos. Did it have to be as glossy as In God We Trust or To Hell With The Devil? Not at all. The band didn’t have that financial ties to put into it, like the big sound from the 1980s, however some of the talent of the musicians get lost at times. Although I don’t care for the darker style, there are tracks to enjoy here, and to totally dismiss the complete album would be a major mistake, but overall it’s an album of a few single tracks that’s enjoyable.”