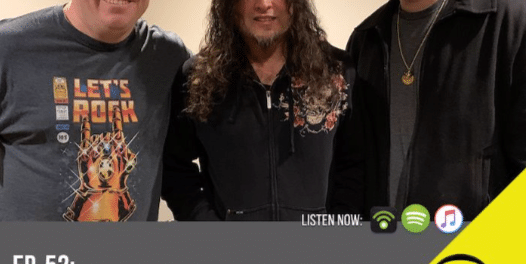 Queensrÿche guitarist Michael Wilton was recently interviewed by Tunestiles Podcast and he was asked a variety of questions including about the transition from singer Geoff Tate to Todd La Torre in 2012 to which he replied (as transcribed by the Tunestiles Podcast with slight edits): “Oh, I think it’s a shot right in the arm, you know, the band was getting stale and 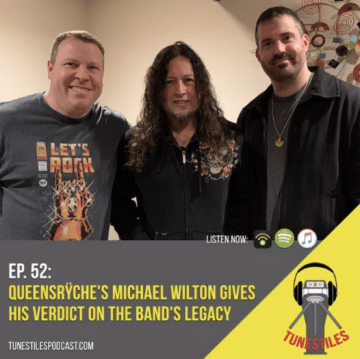 we needed to reinvent itself and, you know, drastic measures were taken and we’ve been rebuilding the whole process with Queensrÿche for eight years now, and it’s all for the better.”

In terms of the evolution of the band’s studio recordings, Wilton indicated: “Well, with Queensrÿche recordings, we’ve always tried to not tread in the same water. So we’ve always tried to evolve from each recording. And I think that’s pretty evident in the early days. And, as far as the new Queensrÿche, we’ve put out three albums, and each one is progressed in its songwriting style, to a point where, you know, you see a mature songwriting confidence in the band. I think the key aspect now is that we’re a band again, so it’s kind of a democratic process: everybody throws their ideas into the pool; everybody works on everybody else’s music; there’s not one guy that’s saying “this is how it’s going to be,” so I think that really shapes a fertile ground for creativity for recording albums with with Queensrÿche.”

With respect to the band’s longevity, Wilton stated: “You know, Queensrÿche has basically been going for 38-39 years now. And, you know, I think that we’ve done it our way. We’re kind of unique in, in our style of writing, and our music, and it’s just stood the test of time. We’re a band that tours relentlessly. We put albums out, and we’ve been doing that ever since the early 80s. So I think, you know, it’s just something that you know, if there’s a demand for Queensrÿche, we’re still going to keep bringing it.”

You can listen to the interview with Michael Wilton by the Tunestiles Podcast‘s website.