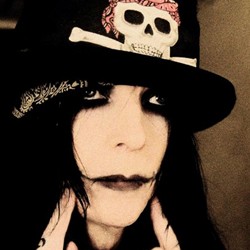 Vince Neil recently confirmed that Motley Crue plan on retiring within the next few years due in part to Mick Mars health — however the guitarist disagrees, saying such reports are bullshit.

“Any rumors regarding a farewell tour due to ‘my poor health’ are BS,” said Mars on Twitter. “I am doing fine, my AS has never kept me from touring and never will.”

Mars suffers from Ankylosing spondylitis, an inflammatory disease that causes vertebrae in the spine to fuse together, thus making the spine less flexible and resulting in a hunched-forward posture.

Mars was obviously addressing a recent Vince Neil interview with The Oakland Press where the singer confirmed Motley Crue will indeed retire in the near future.

“It’s just time,” said Neil. “Mick’s health is not that good, and touring is tough on him. I’m sure in five, 10 years’ time we’ll probably do something together again, but it’s not gonna be like a KISS farewell to the farewell to the farewell tour. We’re not gonna be like that. We want to go out on top. We don’t want to be one of those bands that people are like, ‘Oh, they’re playing a little club now’. We still sell out arenas and do stadium shows and stuff like that, and that’s how we want to be remembered.”

Meanwhile, Motley Crue are getting ready to return to Las Vegas. The rockers best known for going to the extreme will once again take over the stage at The Joint at Hard Rock Hotel & Casino for an exclusive twelve show engagement September 18 through October 6.