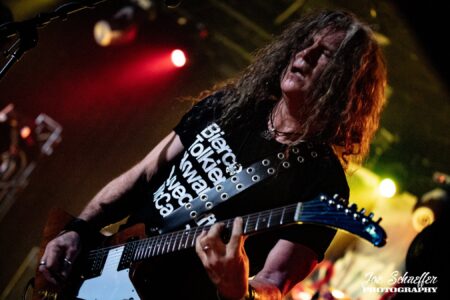 Sweda was asked about the early days of King Kobra, working with legendary drummer Carmine Appice and the band’s first two records, Ready To Strike (1985) and Thrill of A Lifetime (1986), to which he replied (with slight edits):

“I had just quit my gig in a really fun and talented cover band, thinking that if I didn’t make time for original songs, I was wasting my life in LA. I then found myself in 3 or 4 bands that weren’t playing out, weren’t recording, and seemed like dead ends. I had received an offer to move to the east coast and join another band and was making plans to do that when Carmine’s manager came to Tower Records, where I was working in cassettes. He asked if I was a bass player, I said no, and that was that. A week later, Carmine came in, and we had a chat because he needed a guitar player. I went to the audition, and a month later, I was getting ready to record my first major-label album. I loved working with those guys because they were very professional, driven, and fun-loving all at once. It was a good fit for me at the time, and I learned a lot that would help me later on. Carmine was always very kind and welcoming and obviously a super talent. Together I thought, we were a good outfit and deserved a better fate. I didn’t care much for the outside influences, and the directions we were were guided into, but I will always fondly remember the band in the first two years.” 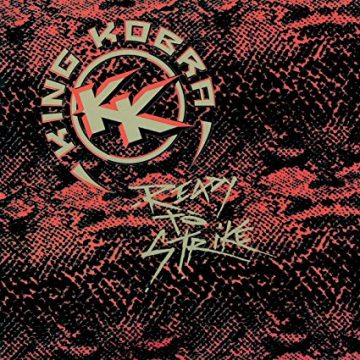 In terms of why he left King Kobra to form BulletBoys, Sweda indicated: “It really wasn’t a difficult decision at that point as the direction was floundering, and there was a cloud of desperation looming over the band. I felt confident in my abilities to put together a band that was more in line with my approach and style. I wanted to get leaner, punchier, and nastier.”

In regard to whether he was surprised that Appice broke up King Kobra after the third album, King Kobra III (1988), Sweda stated: “It was very apparent to me that the end was near with regard to any artistic integrity or value, as far as I was concerned. I applauded Carmine’s choice, and I still love those records. I always asked Carmine to get Blue Murder back together even after it was an impossibility.”

Sweda ended up rejoining King Kobra in 2010 and stayed until 2016. With respect to that time, the guitarist commented: “The recordings I’ve done with King Kobra in the intervening years have been more like guest appearances, as there hasn’t been a true reunion. As much as I enjoy working with the guys, for me, that jet has taken off.”

You can read the rest of the interview with Mick Sweda at Vinyl Writer Music‘s website.