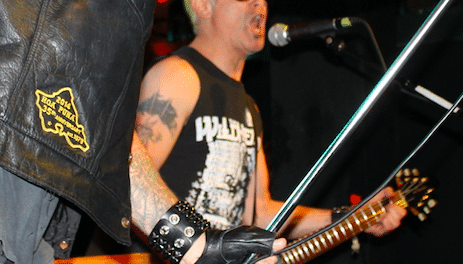 DiCecco noted to Finn that Jetboy‘s last studio album Born To Fly really captured the band’s trademark energy to which the singer replied:

“Oh, yeah. I love it. We wrote and recorded that entire record in like three months. And that’s with me living in Hawaii. That’s literally like sending music files back and forth; I think we wrote fourteen songs. I came to San Francisco and I did scratch vocals 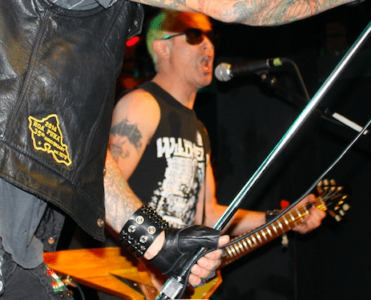 at Billy’s house for all the songs. Then we went into the studio in L.A. in like, a week I wanna say, and we recorded the whole thing. That was another one; they pushed us to this, like, “It needs to be done by November,” and it’s like September 15thor whatever. And they pushed us, and we did it and we delivered, and we explode super-fast and everything moved quickly. Then it was like the same thing, they kept pushing the release date and pushing the release date. But I’m super proud of that record; It’s a great-sounding record. We were able to get all those videos done on a budget and we got some traction again. But unfortunately, it’s one of those things like, look, I’m a grown-up now; I’m fifty-eight years old. I mean, we did that record, I was fifty-four or fifty-five. I’m not gonna go off on a fuckin’ tour, you know what I mean? It’s like make a few hundred bucks at a show or whatever. I have a family, I have a house and a mortgage. I mean, God bless Billy, man; he’s got his guitar company, he’s in Buckcherry now, he’s on the road, he’s making all kinds of money. Great, awesome; I would do all that too if somebody came to me and wanted me to be the singer for their band, and I could go out there and make two-thousand dollars a show. I’d fuckin’ do it in a minute. I’d love to do it, but we gotta be realistic.

We have some songs we’re working on. We’re working on a cover record right now for Cleopatra, and it’s gonna be a real funky, eclectic, blend of old classic songs from the ‘70s. Billy’s super busy now. Fern is like officially out of Jetboy. This is the first time I’m actually announcing this publicly, but Fernie no longer wants to be in the band or do anything with Jetboy. Super bummed about it, but we are looking for a new guitar player, and obviously, they have to understand we’re the kind of band that works 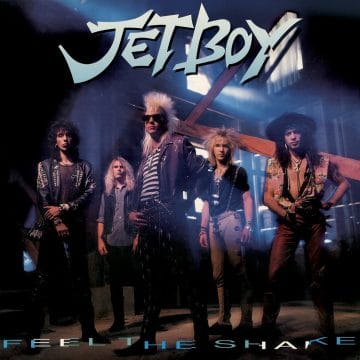 here and there. But usually, when we work, it’s good; we do good one-off festivals, like the Monsters of Rock Cruise. We get good things to do, but it’s just not consistent. And we also need someone who can learn the songs and show up to a gig and play, because the chance of all of us getting together in the same place and rehearsing is like a difficult thing to accomplish. But hopefully, we’ll be able to keep it together and we’ll do this cover record for Cleopatra. We’ve done covers and released some stuff, but never a cover record. So, it’s gonna be a fun project.”

DiCecco asked for clarification on whether Rod was done with Jetboy or the industry in general. Finn advised: “No, he’s out. He’s retired. I mean, he plays music – he’ll always play music – but he’s not doing anything professionally. He’s just out, man. I mean, I haven’t even talked to him for a year, couple years. He’s like not even returning calls or whatever. We got an offer to do the fifty-year anniversary party at the Rainbow, and we hit him up because, he had already said, “I’m out. I’m retiring. I don’t want to do it.” And then we’re like, “Hey, dude! Let’s do this!” And he was like, “Nope.” So, I said, “Alright, dude. I wanna make sure you’re cool with us replacing you.” He said, “Yup, all good. Get whoever you want.”“

You can read the rest of the interview with Mickey Finn at Vinyl Writer Music’s website.