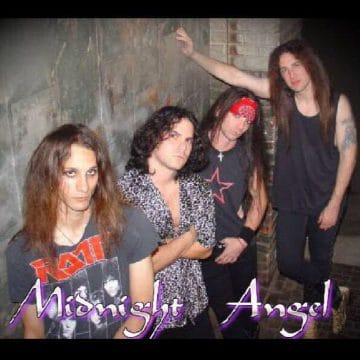 “Midnight Angel formed in 1996. With the goal to to resurrect melodic hard rock with flashy guitar and to bring back the image and stage presence of the real rock stars who entertain and know how to have fun and also put on a great show.”

Speaking exclusively to Sleaze Roxx, MonteCarlo explained why Midnight Angel have decided to reform after all these years. MonteCarlo advised: “We all realized that this is the 20th anniversary of when we founded the band back when we were teenagers and just kinda felt that we have some unfinished business to take care of. The last time we played together was about 11 years ago.”