Former White Lion frontman Mike Tramp has released a lyric video for his single “Best Days of My Life” from his latest studio album Stray From The Flock, which was released via Target Records back on March 1, 2019. 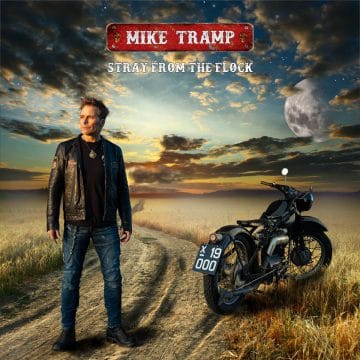 Amazon states as follows (with slight edits): “For fans of Mike Tramp, White Lion and classic rock! * New studio album from Mike Tramp (the voice of White Lion and Freak of Nature). Mike Tramp has spent a significant portion of the last twenty years studiously carving out a solid solo career for himself as a singer/songwriter. Having long turned his back on the temptation to dwell on former arena filling glories and extremely comfortable with his chosen path, it matters not to the Dane these days, whether he’s playing a small café in some far flung town in France or a large outdoor summer festival in his native Denmark. Mike Tramp is happy being Mike Tramp.

“Many years ago I realized that going back to basics, demanding nothing and being surprised if there was a tray of sandwiches in the dressing room was the way forward,” he smiles. “I’ve played a role on stage in the past – my upbringing on Freddie Mercury and David Bowie allowing me to stand on stage and perform – but you can’t carry that rock star stuff off in tiny clubs. You have to be the same guy on stage who came in the front door, went through the crowd to get to that stage and leaves through the same route afterwards. Maybe,” he laughs, “selling a T- shirt on the way out” “The audiences embraced that approach” he adds. “It was the real deal. Besides, I’m just a kid from Copenhagen who never really felt comfortable in the back of a limousine. I want to be the guy who goes out on stage and is simply the person I am, with the ability to pull the songs out of my pocket in the spirit of the moment and not just the songs I have to play.””

“Best Days Of My Life” is taken from the Mike Tramp album “Stray From The Flock” out world wide on Target Records. Buy CDs and LPs here www.targetshop.dk or …