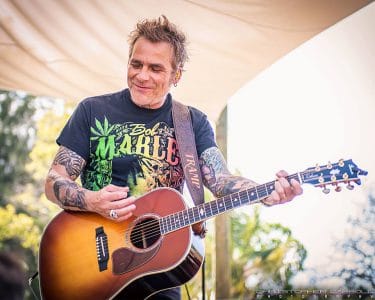 Former White Lion frontman Mike Tramp has released a video for his new single “The Road” from his upcoming new solo album Second Time Around, which will be released via Mighty Music / Target Group on May 1, 2020.

“Today, ex-White Lion and Freak of Nature frontman Mike Tramp release the new single and video “The Road”. This is the first advance from his upcoming new album “Second Time Around” – out 1st of May worldwide.

Mike Tramp weighs on the song: “Life is a journey, where you travel an endless highway that goes up and down and in and out. It is here you find out who you are and what you are made of. Where you make decisions of where you’re going and and where you are not. When you come to the end of the journey and you look back at ‘The Road’ you’ve traveled. No matter the good or the bad. You always want to do it again, and that is my commitment to rock’n’roll”.”

“The Road” is taken from the Mike Tramp album “Second Time Around” out 1st of May 2020 on LP, CD and digital worldwide through Target Records.Order the new a…