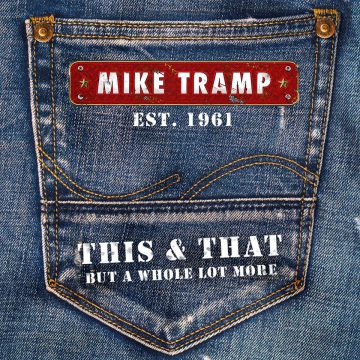 Former White Lion lead vocalist Mike Tramp has released a video for a song titled “Work It All Out” from his upcoming box set This & That (But A Whole Lot More), which will be released via Mighty Music / Target Group on December 1, 2017.

“30 Years Of Goodies In New Box Set From Mike Tramp

“This & That (But A Whole Lot More)” is the brand new box set from Mike Tramp, that is being released on the 1st of December in a limited edition of 1,000 copies worldwide. The box set contains 5 CDs and 1 DVD with previously unreleased material from Tramp‘s long career, but with brand new stuff as well.

Mike Tramp himself says this about the box set: 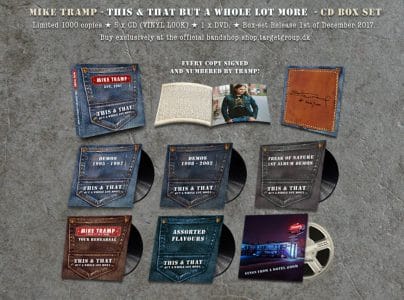 “In the 21st century where the music business have become something like an old fashion garage sale and your loyal fans have become someone you address by first name and have a coffee with. It is with great pleasure that I give back to those who have stood by my side for so long and shared this journey with me, and now give them the key to my own personal vault of songs and projects I have done over the past 30 years. This Box set is from Mike Tramp to his fans”.

The box set will be sold exclusively at www.shop.targetgroup.dk

On November 24th and 25th, Mike Tramp and Band Of Brothers will be playing two memorable release shows at Halmtorvet 9 in Copenhagen. The box set will be available at this show, and you will be able pre-order it when buying a ticket for the show at this link to make sure you will get your hands on a copy: Here are ticket links.

Mike Tramp‘s “Work It All Out” video:

Mike Tramp – Work It All Out (Official Music Video)