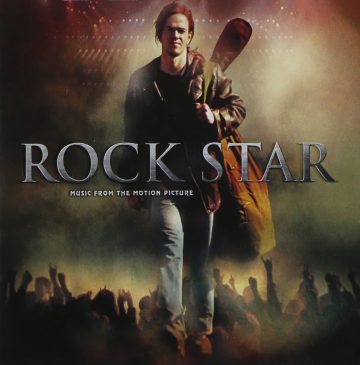 Dean asked Matijevic whether he had ever worked with the above-mentioned talented cast of musicians to which he replied (with slight edits): “That was the first time. That was the first time. And, you know, we got to the room and we played them. It’s just magic, you know? And, you know, the band would have gone on, I’ll tell you a little story. So. The song “We All Die Young” was going to radio. Okay? The week of the movie, I was going out the following week, so it came out on the weekend and it went to number two in the box office and that following week was going to radio and it’s gone to radio and “We All Die Young” spy radio in that video. They’ve spent an enormous amount of money on promotion, and I really feel that song could have been something else, you know? Yeah. And then 9/11 happened, and when 9/11 happened, President Bush said, ‘That’s it. Nothing with the word kill, die or blood.’ And it was that morning, it was gone. The song was gone. It was just terrible. So, no, I forgot. What was that song about? Try to get to that. What was the question before?”

On whether he had ever met the musicians before, Matijevic indicated: “Oh, right, right. So Joe and I went off a little bit on a side check here, but. But the band, when we got together, we just gel. So what I was trying to say is that we were going to actually put that band on the road. That was the vision. First, get the movie, then get the song out there and then still drag it out. So right now I am waiting on a couple of answers. We may actually — excuse the sirens here. We may actually put the band back together. It may actually happen. So fingers crossed it’s in the works. Let’s see what happens.”

You can read the rest of the interview with Miljenko Matijevic by Mark Dean for Anti Hero Magazine.

Steel Dragon‘s “We All Die Young” (from movie):