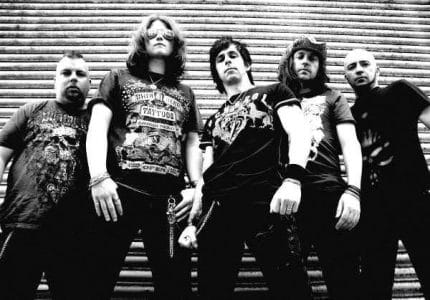 Back in August 2015, Northern Ireland rockers Million Dollar Reload announced that they had called it quits and rebranded themselves as Blackwater Conspiracy. This was after two studio albums, Anthems Of A Degeneration (2007) and A Sinner’s Saint (2012), with the latter finishing at #1 on the Sleaze Roxx’s Top Ten Albums of 2012.

In September 2018, Million Dollar Reload reformed their original line-up for one last show at The Belfast Empire Music Hall in Belfast, Northern Ireland on February 9, 2019.

“It was easy to break up MDR and hate each other thereafter. It took a lot longer and and a lot of soul searching and pride swallowing to mend bridges and reach out to each other to fix friendships… but we got there in the end. This song and picture video that never got released and was never on any of our albums, perfectly sums up the last 12 years of reload. Lifes too short to hold grudges . Share it around.

Thanks to the numerous photographers that we’ve “borrowed” pictures for this video.”