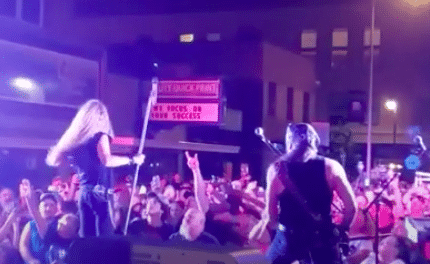 Singer Mitch Malloy is sticking up for Great White‘s decision to play a concert in Dickinson, North Dakota, USA on July 9, 2020 where social distancing restrictions were apparently not implemented. 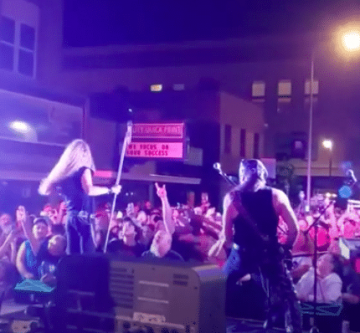 Wearing masks and social distancing at the event was apparently left to the discretion of the concert attendees. Odd Fellows event organizer April Getz indicated to The Dickinson Press that, “We do not have restrictions, believe it or not, we don’t have any… It’s one of those things where if people feel comfortable coming down and mixing and mingling that’s their personal choice. We’re leaving it up to everybody that chooses to attend.”

Based on video footage of the concert via YouTube that has since been removed, the majority of the concert attendees opted not to wear masks and ignore any social distancing guidelines. The lack of social distancing at the concert was covered quite extensively by many media outlets including Sleaze Roxx, which apparently caused Great White to issue a statement where they apologized to those who disagreed with the band fulfilling its contractual obligations to play the concert.

“Front row Great White show @first_on_first in my home town of Dickinson ND. Fake news said no masks no social distancing. I keep saying otherwise and this pic proves my point. I never apologized. And never will. It was an awesome gig at my good buddies festival for my hometown crowd.” 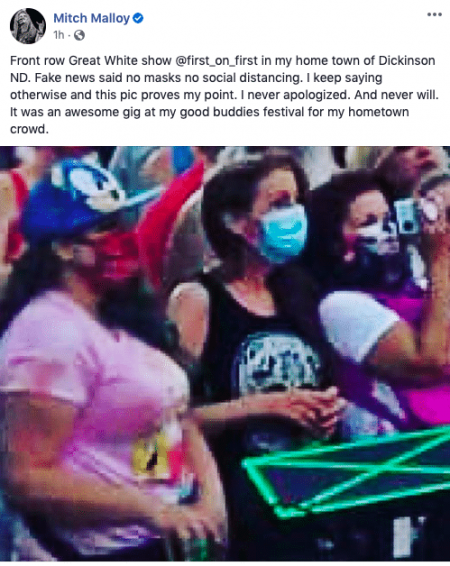