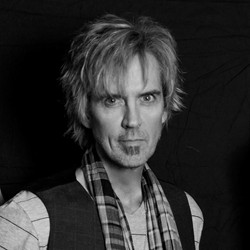 Former Molly Hatchet drummer Bruce Crump passed away this morning at the age of 57. No details surrounding his death have been released at the moment.

“Condolences are sent from the entire Molly Hatchet organization to the family of Bruce Crump,” said the members of Molly Hatchet. “Our thoughts and prayers are with them at this time. God Bless.”

Born in Memphis, Tennessee on July 17, 1957, by the late ’70s Crump was performing with southern rock band Molly Hatchet, appearing on their most successful albums — 1978’s ‘Molly Hatchet’, 1979’s double-platinum ‘Flirtin’ With Disaster’, 1980’s ‘Beatin’ The Odds’ and 1981’s ‘Take No Prisoners’ — and playing on such charting singles as “Flirtin’ With Disaster”, “The Rambler”, “Power Play” and “Satisfied Man”. With his departure Crump relocated to Canada and joined Streetheart, appearing on their 1983 live album ‘Live After Dark’. However the drummer quickly returned to Molly Hatchet, playing on 1984’s ‘The Deed Is Done’, 1985’s ‘Double Trouble Live’ and 1989’s ‘Lightning Strikes Twice’ before exiting for the last time.

Crump most recently joined China Sky, a band who shared management with Molly Hatchet in the ’80s, performing on their 2015 comeback album ‘China Sky II’.

“This sudden tragedy is like a kick to the gut,” said the members of China Sky. “We could not have lost a more truly decent human being than Bruce. Our hearts go out to his wife Kristen, his mom, children, and family.Not only was Bruce a genuinely nice person, but his talent was even bigger than his heart. When he agreed to join us in China Sky, we were humbled that THE Bruce Crump deemed us worthy of his time and talent, and boy, were we ever better off for it. We could not be more proud of the work he did on “China Sky II” and we are forever grateful to him.”

“I think we can all take just a bit of solace in the fact that he left us with so much of his talent on record over his 35 plus year career. I know his rock solid grooves, and the music he helped create, will be gracing many turntables, tape machines, ipods, smartphones, and whatever technology music comes out of tonight, tomorrow, and for many years to come. Peace, Bruce, and thank you for being you. We will miss the hell out of you…”

Crump will be joined on the other side by fellow deceased Molly Hatchet musicians Danny Joe Brown, Duane Roland, and Riff West.