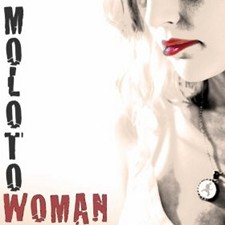 Norwegian rockers Molotow have released the first single from their upcoming third album. The song, entitled “Woman”, can be streamed at listn.to/molotowrock or purchased as a digital download at iTunes and Amazon.com.

Molotow is an energic rock & roll band based in Oslo, Norway, which plays catchy and melodic rock with big balls.

The five guys in Molotow have been able to renew the ’80s sleaze rock scene with a modern sound and huge production. Catchy melodies, raw guitar riffs and an exploding energy are some of the elements you’ll recognize Molotow by both on records and on stage.

The debut album ‘feat. Rock & Roll’ was released in 2007 with standing ovations from the rock and roll press, and the first single ‘Beam Me Up (For Glam And Glory)’ was frequently listed both on national and international radios.

In 2009 the second album ‘Rocktales’ hit the stores together with the single “Bad Reptutation”. The album was highly praised in national and international reviews and was claimed as an outstanding sequel to a great debut album.

2011 brings you yet another Molotow album and the first single “Woman” will be released on June 13th!