MonteCarlo featuring Mach22 drummer Damian MonteCarlo and singer Albert LePore have released a new single titled “Animal” for streaming. Rounding out the line-up on this track are MonteCarlo‘s Mach22 bandmates Ric Haas on lead guitar and Ahmed Smith on bass. 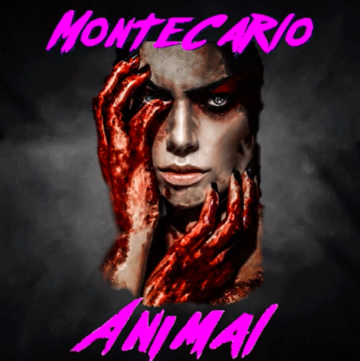 Speaking exclusively to Sleaze Roxx, MonteCarlo was asked how he decided to take on another band or project to which he replied: “Well as for original bands, this is the only band I’m doing at this time. I decided to take a break from Mach22 mainly because we weren’t doing much at all during the lockdown. I need to constantly work and stay busy or else I just get frustrated. When the pandemic and lockdown hit, I originally wanted us to email each other musical ideas and still work in shit but that never happened. I decided to just do my own thing so I didn’t have to depend on anyone anymore. The pandemic gave me the reason to finally do my own music since it pretty much stopped the entertainment world. It was the perfect time to build a new foundation and try to make the best of a shitty situation.”

In terms of why it was decided to use his last name for the band, MonteCarlo revealed: “My original intention was for this to be a solo project where I would use different singers and musicians on each track and just do this for fun during the quarantine. Its evolved into a partnership with Albert LePore once we realized that we both work really well together. He shares the same hard work ethic as myself and it’s been pretty painless. If my last name was Smith or Jones, I probably wouldn’t have wanted to use MonteCarlo, but for people who don’t know it’s my last name, the first thing you’d think of is the Chevy Monte Carlo car, which we use as part of our logo. It’s kinda worked out for us.”

With respect to who else is involved with MonteCarlo beside LePore and himself, the drummer indicated: “We don’t really have a complete lineup intact, but we will have that in place very soon as we’re eying up the fall to finally play some live shows. Ric Haas, who played with me in Mach22 will be one of the guitar players. He’s like 21 or 22 and probably one of the greatest guitar players I’ve ever heard. He’s played on most of our singles so far, so he’s no stranger to the material. We’ll reveal the other guys soon enough.”