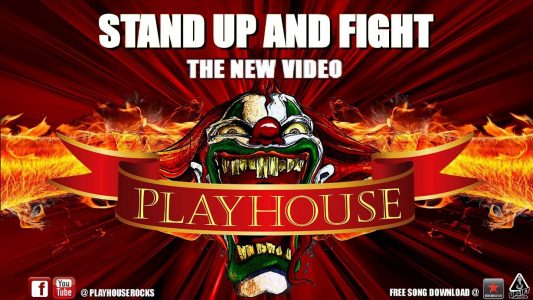 Playhouse, Montreal Canada’s premier unsigned and unsung hair metal bands from the glorious ’80s have reunited after a 20 year hiatus! The band has played reunion shows and written and pre-released new material in preparation for an anthology release coming later this year. The release is said to capture their old material, feature new material and include a DVD as well. 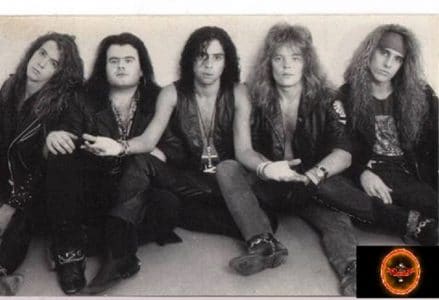 After forming in 1985, Playhouse exploded onto the Montreal club scene in 1987. After years of paying their dues, the controversial glam hard rockers whose stage show was hailed by one critic as “No Parole For Rock And Roll” could not be ignored. Famous for their catchy songs, wild and energetic shows, tireless promoting and balls out rock and roll attitude, the band sold over 23,000 albums from their two independent releases 1988 Little Monster and 1990 Tongue Tied & Twisted. Playhouse garnered lots of radio airplay and tons of media attention. “Ferociously popular” wrote the press, but M.E.A.T Magazine said it best, “They do impress, we’ll see them at the Grammy’s.” The EPs quickly sold out at local Montreal record stores including Rock En Stock and the single “Try” from their second EP Tongue Tied & Twisted had fans wanting more. Over the next few years, the band had multiple gigs opening for many bands such as Extreme, Harem Scarem, Brighton Rock, Screaming Jets, Lee Aaron and Killer Dwarfs just to name a few. It became obvious that they were capable of selling out major clubs and venues on their own. 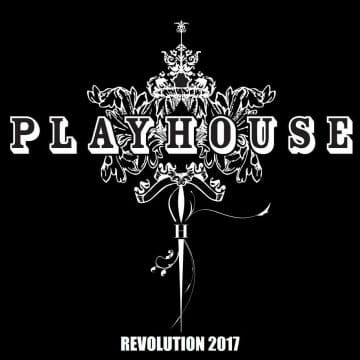 Soon local record companies came calling, however Playhouse at that time refused to subdue any of their music or image to fit into the mainstream and stuck to their guns. Playhouse’s outrageous image and attitude caused as many people to hate the band as fans who loved them. There was no middle ground attitude with this band. Playhouse were one of the few bands who because of constant touring and having over the top no holds barred stage shows formed the most loyal fan base around, allowing them to tour and gain popularity very quickly. Unfortunately after eight years in the rock n’ roll circus at the height of the “grunge” movement, Playhouse decided to part ways while in studio recording a new album that was going to be released on the label Aquarius Records and their plans for a Canadian tour came to a screeching halt.

Fast forward to 2015, the band reunited. Three new songs were recorded and produced by long-time friend Kevin Jardine, from the famous Canadian metal band Slaves On Dope.  Their new single and video “On Fire” released in September 2016 and their second single and video “Stand Up and Fight” released in November 2016 have already captured lots of media and fan interest alike. Playhouse‘s third single to be released in early 2017. A full album is scheduled to be released sometime in October 2017.

Playhouse can be reached on social media including Reverbnation, their Facebook band page and Facebook group page.

Get this song free here : https://goo.gl/D2mYNg (click the 3 dots on the right of the song, a menu will roll down. Just click download and share)PLAYHOUSE fo…

The new single STAND UP AND FIGHT from legendary Canadian Hard Rock Band PLAYHOUSE.Share this video & Like us on Facebook. https://www.facebook.com/playhouse…