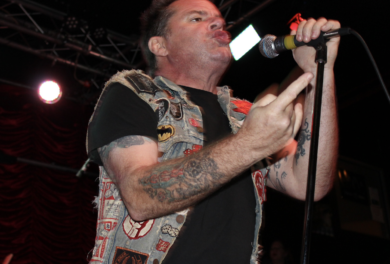 Back in February 2021, Sleaze Roxx reported that Junkyard frontman David Roach was currently living in a garage and had spent some time living in a Salvation Army shelter back in 2012. 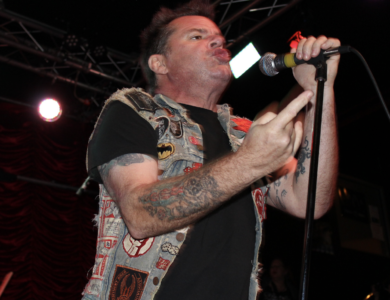 The singer had recently put up his iconic sleeveless jean jacket for sale. Little Caesar frontman Ron Young quickly stepped up by spearheading a GoFundMe campaign to raise funds for his fellow musician.

The following message was posted on Young‘s Facebook page yesterday:

“If any of you know David Roach, you know what a great guy he is. He’s not one to ask for “charity” and he was posting that he was going to sell his iconic vest that he has been wearing for decades at shows to raise funds. His fans…me being one of them…would rather he keep it than sell it….so I started a GoFundMe to help him raise funds rather than sell off his cherished possessions as he is willing to make sacrifices to carry his weight in life. Please donate and let him know you would rather help than see him part with his second skin. Thanks so much….Ron”

The GoFundMe campaign indicates: “Our beloved David Roach from Junkyard is trying to raise funds by selling his iconic vest. All that love him know what it means to him. Being a man of character and not wanting to ask for charity for being in difficult financial times, he has offered to sell it. But those of us that love him would rather he keep it and so we are raising money for him to keep it on himself in exchange for the funds we raise. Please donate and help him keep a deeply personal piece of musical history with it’s rightful owner. Thanks”