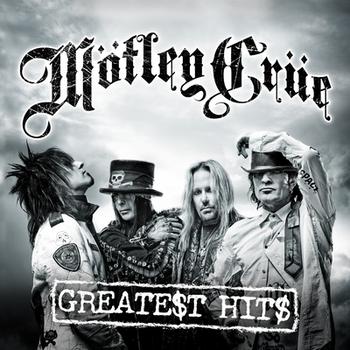 Motley Crue announced today the “The Dead Of Winter” Canadian. Fueled by the success of their annual summer festival tour, Crue Fest, “The Dead Of Winter Tour” will hit those 10 cities across Canada in January and February 2010. The tour will feature support from the Joe Perry Project.

Motley Crue’s Nikki Sixx says, “Canada has always been one of Motley Crue’s most supportive markets. We look forward to going up there again and rocking people’s faces off.”

As always, fan club members have first shot at tickets for all shows, with the exception of Quebec City and Montreal, with a fan club presale beginning tomorrow, November 17 at 10am local venue time.

Not a fan club member? No better time to join than now! Click here to become a S.I.N. club member and get access to presales, plus an exclusive EP from Cruefest 2008 and a S.I.N. Club patch.

On November 17, 2009, Motley Crue will release an updated Greatest Hits album in the United States and Canada. The Motley Crue Greatest Hits features 19 of the Crue’s biggest hit songs on one disc including “The Animal in Me (Remix).”

About Motley Crue:
Motley Crue recently returned to the top of the charts with Saints of Los Angeles, their first new studio album with the original line-up — Nikki Sixx, Mick Mars, Tommy Lee and Vince Neil — in a decade and the ninth studio album in their career. Based on the band’s New York Times bestseller The Dirt, the disc debuted at #1 on the Independent Album chart and was the top debut of the week on the Billboard Top 200 albums at #4. “Saints of Los Angeles,” which was nominated for Best Hard Rock Performance at this year’s Grammy Awards, was also noted as the #1 Rock Song of the Year in 2008 by iTunes critics. Crue Fest, last summer’s most successful touring rock festival and the number ten tour overall (according to Rolling Stone), played for nearly half a million rock fans throughout North America. Crue Fest 1 featured Motley Crue along with Buckcherry, Papa Roach, Sixx:A.M. and Trapt.

About Joe Perry Project:
As co-founding member, principal co-songwriter, electrifying lead guitarist and co-producer of Aerosmith, America’s Greatest Rock & Roll Band, Joe Perry has achieved permanent iconic stature in the pantheon of rock. Perry has driven his band, over the course of three decades, to sales of more than 150 million albums, four Grammy Awards, 12 MTV Video Music Awards, two People’s Choice Awards, eight American Music Awards, an Academy Award and induction into the Rock and Roll Hall of Fame. Joe Perry’s fourth solo album, 2005’s Joe Perry, not only received universal praise from journalists across the country, it earned him his first solo Grammy nomination for Best Instrumental Song (“Mercy”). Joe Perry’s fifth sold album entitled, Have Guitar Will Travel, follows self-produced solo releases including Let The Music Do The Talking (1980), Once A Rocker, Always A Rocker (1984) and I’ve Got The Rock ‘N’ Rolls Again (1981). Recorded this past Spring at the BoneYard, Perry’s state-of-the-art home studio, where Aerosmith’s Honkin’ On Bobo and Just Push Play were recorded, Have Guitar, Will Travel is a ten-song CD written and produced by Perry, complete with his trademark rock and blues ferocity.