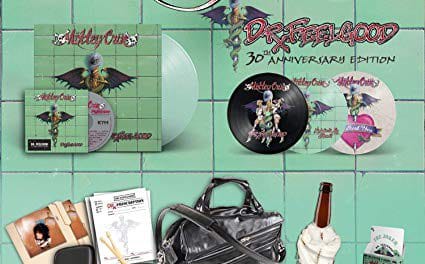 In order to commemorate (or perhaps just was cash in on) the 30th year anniversary of their biggest selling studio album Dr. Feelgood, which was released back on September 1, 1989, Mötley Crüe consisting of bassist Nikki Sixx, lead vocalist Vince Neil, drummer Tommy Lee and guitarist Mick Mars have released a 30th anniversary edition of the album which features three additional demo tracks. 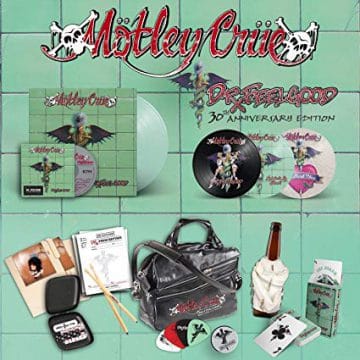 Wikipedia states the following in part about Dr. Feelgood (with slight edits): “Dr. Feelgood (stylized as D℞. Feelgood) is the fifth studio album by American heavy metal band Mötley Crüe, released on September 1, 1989. Dr. Feelgood topped the Billboard 200 chart (which is the band’s only album to claim this position as of 2019), and was the first album Mötley Crüe recorded after their quest for sobriety and rehabilitation in 1989. In addition to being Mötley Crüe‘s best selling album, it is highly regarded by music critics and fans as the band’s best studio album. This was also the band’s last album to be recorded with lead singer Vince Neil until the 1997 album Generation Swine.”