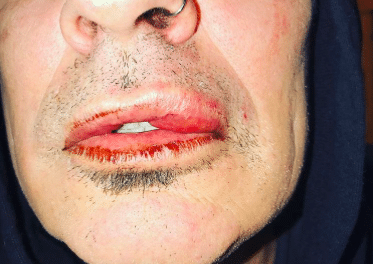 Mötley Crüe drummer Tommy Lee and his son Brandon apparently got into an altercation that warranted a 911 call and police involvement on or about March 5, 2018. 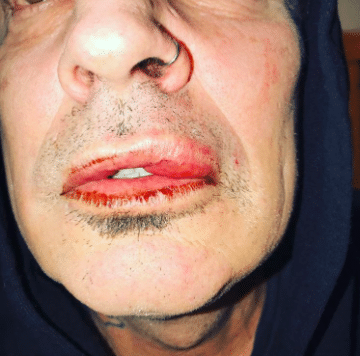 Tommy Lee‘s son, Brandon, is being investigated for criminal battery after his dad filed a police report, but we’ve learned Brandon is saying his dad lunged at him after he called Tommy out for attacking his mom, Pam Anderson.

Family sources tell TMZ, Brandon has been living part-time with Tommy Lee — Brandon says because he’s trying to help his dad overcome alcohol issues. The sources say Brandon and Tommy Lee got into a heated argument Monday night because of Tommy Lee‘s post attacking Pam for talking about their relationship with Piers Morgan.”

Entertainment Tonight reported in part on March 7, 2018 as follows: 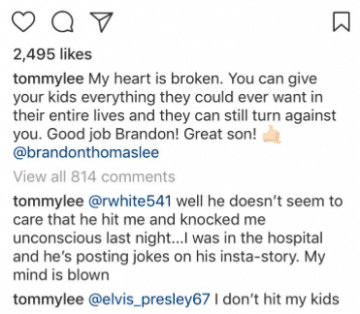 “The officer notes that when police arrived, Tommy had a visible injury on his face. ET has learned that nobody was taken into custody, but according to police, Tommy stated that he plans on pressing charges.

Brandon is the son of Tommy and his ex-wife, Pamela Anderson. The two also have a 20-year-old son, Dylan….”

Lee did not agree with what TMZ reported as the drummer posted the following via Twitter in the evening of Tuesday, March 6, 2018: 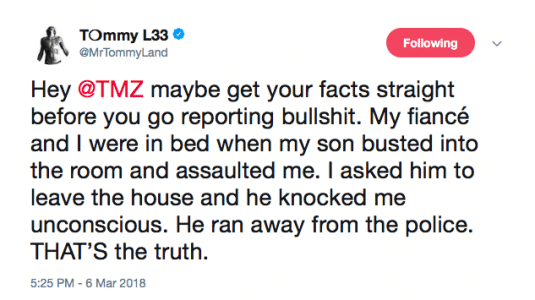