Mötley Crüe consisting of lead vocalist Vince Neil, bassist Nikki Sixx, drummer Tommy Lee and guitarist Mick Mars continue to release material to commemorate their 40th year anniversary and this time, will be releasing a digital remastered version of their 1985 album Theatre of Pain on June 25, 2021. 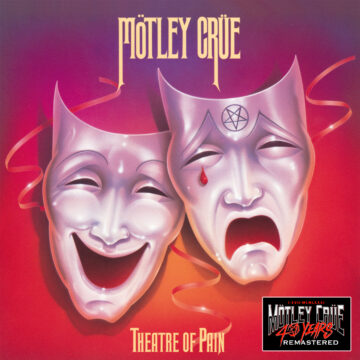 “In November 1981, rock ‘n’ roll legends Mötley Crüe stormed into the cultural zeitgeist with the release of their debut album Too Fast For Love, setting the stage for what would become one of the most iconic careers ever in music. This year, the band is celebrating their 40th Anniversary with a special series of music re-releases and fan activations, revisiting their globally acclaimed catalogue. The first release is digital remastering of their smash 1987 album Girls, Girls, Girls, which is available now across digital platforms.  The groundbreaking body of work features hits “Wild Side,” “You’re All I Need,” and the title track “Girls Girls Girls”, which became a global success, despite the original uncensored video being banned by MTV. True to the band’s play-by-their-own-rules ideology that has given a safe space for millions of fans all over the world to express themselves freely, the video was named “one of the most NSFW (not safe for work) videos of all time” by Rolling Stone in 2011

Later this week, on June 25, the band’s third album, 1985’s Theatre of Pain, will also be given a digital remaster release and is now available for pre-order. The album, a top 10 on the Billboard 200 and the band’s highest-charting album to date, spawned the classic hits “Smokin’ In The Boys Room” and “Home Sweet Home.” In celebration, the band also dropped a new collection of merch today tied to the album, available now at their online merch store.

See full track listings for both albums below. 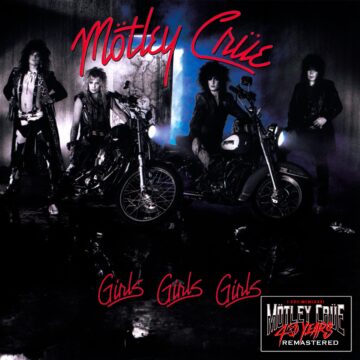 Hits from both albums are also on the new Mötley Crüe 101 Spotify Playlist, which gives new and existing fans a comprehensive compilation to the band’s iconic musical legacy, taking them a celebratory sonic journey for this special anniversary. LISTEN NOW.“