The legendary Mötley Crüe have just announced that they will be releasing a limited edition box set entitled Mötley Crüe: The End via Eleven Seven Music on November 25, 2016. 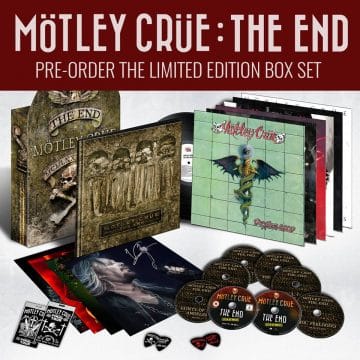 You can pre-order the new box set for $175 US at Pledge Music and it will contain the following:

“You’ll receive the following…all enclosed in a tombstone looking package.