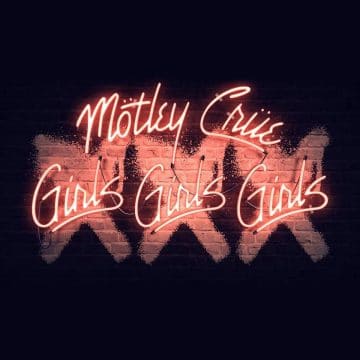 GIRLS, GIRLS, GIRLS turns 30 today and we’ll be celebrating all year long! Sign up at motley.com now and get notified first about all the surprises coming up this year and how you can celebrate with us.
Special anniversary edition of GIRLS, GIRLS, GIRLS out August 25!’

Sleaze Roxx stated the following in its review today of Girls, Girls, Girls: “Mötley Crüe in 1987 were suffering from the album/tour/album cycle. Something had to give. Let’s dissect just what the hell went haywire in the Crüe camp… Nikki Sixx (bass and main songwriter), Vince Neil (when he could sing), Tommy Lee (drums) and Mick Mars (guitar) are the culprits here… For every Mötley Crüe classic album that I would consider top notch rock (Too Fast For Love and Mötley Crüe with John Corabi), there are some duds (Theatre Of Pain and Girls, Girls, Girls).’

Sleaze Roxx concluded in its review: “In conclusion, Sixx Sixx Sixx and his bag of Trix fooled a young me and you know what, in my rock circles, no one ever really talked about this album. What people did talk about was the live show with Lee going 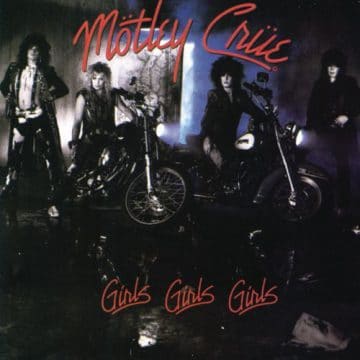 360 in his drum cage and the cool looking strip club stage. That’s what people talked about and when I went to see the Crüe on the Feelgood tour (1990), only “Girls Girls Girls” and “Wildside” were played and that pretty much tells the tale of said record. Even Sixx, Lee, sleazy V and Mick M even knew the deal! I can say what I want but bands like Iron Maiden, Def Leppard, Judas Priest and Mötley Crüe are firmly implanted in my DNA so I guess Sixx is having the last laugh after all… Maybe three songs I dig here, four tunes tops! And I bought the damn thing twice??! I think I should be committed!”