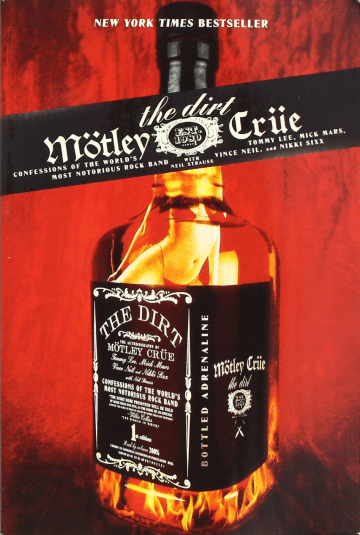 Mötley Crüe frontman Vince Neil is apparently excited about the final version of the movie The Dirt, which is based on the group’s best selling autobiography The Dirt: Confessions of the World’s Most Notorious Rock Band.

Wikipedia states the following about the upcoming film The Dirt (with slight edits):

“In 2006, film adaptation rights to the autobiographical book The Dirt: Confessions Of The World’s Most Notorious Rock Band, authored by Neil Strauss with Tommy Lee, Mick Mars, Vince Neil, and Nikki Sixx, were bought by Paramount Pictures and MTV Films. At the time, Larry Charles was tapped to direct the film. However, production on the film stalled and in 2008, Sixx spoke of his frustration in an interview stating:

“We’re trying to get them out of the way to make this movie that should have been made a long time ago. MTV has become bogged down in its own way. It’s a channel that used to be hip and has now actually become unhip. We signed with them because we believed they were right, but they haven’t come to the table. We need to find the right partner. They are not the right partner.”

In November 2013, Jeff Tremaine signed on to helm The Dirt, with the film having been dropped by MTV Films and Paramount Pictures. In January 2015, Focus Features picked up rights to the film. However, production languished in development hell until March 2017, when Netflix bought worldwide rights to the film. At the time, Liam Hemsworth, Emory Cohen, and Douglas Booth were being eyed for lead roles in the film. In November 2017, Booth officially signed on to star in the film. In January 2018, Machine Gun Kelly, Iwan Rheon and Daniel Webber joined the cast. In February 2018, Tony Cavalero joined the cast. In March 2018, Rebekah Graf, Leven Rambin, and David Costabile joined the cast. 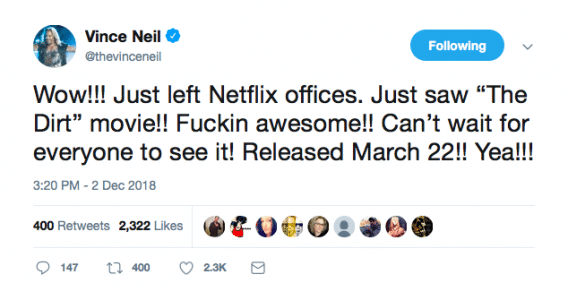