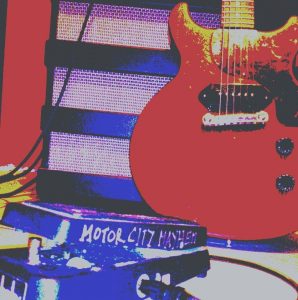 German sleaze rockers Motor City Mayhem have just released their debut EP Six String Madness yesterday (on August 12, 2016) along with a video for their song “Eat The Rich.”

All of the songs on the EP were written, recorded and mixed by Motor City Mayhem.