Mikkey Dee, the long-time drummer for Motörhead, will take drummer James Kottak‘s spot in the Scorpions during the latter’s upcoming US tour dates while Kottak receives “medical attention.” 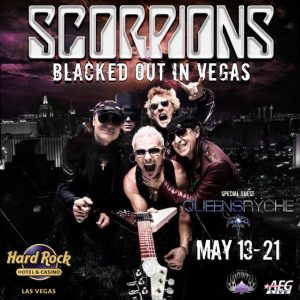 The Scorpions released the following message on their Facebook page yesterday:

SCORPIONS will hit the road in May for twelve North American headlining dates with Mikkey Dee formerly of Official Motörhead sitting in on drums for James Kottak, announced today. Kottak is currently on break while he seeks medical attention. Swedish-born Mikkey Dee joined Motörhead in 1992 and is well-respected among the rock and metal community.

Scorpions singer Klaus Meine states “We would like to continue our Return to Forever tour with James, but we have to realize that his health is priority. We wish James a speedy recovery and he will be back to Rock with us very soon! We look forward to seeing all our fans this month.”

Scorpions kick off the 2016 U.S. leg with twelve dates in May beginning at Carolina Rebellion in Charlotte, NC on May 6th and includes a Las Vegas residency.”

While the Scorpions have not specified exactly what kind of medical attention that Kottak requires, their long-time drummer did seek treatment for alcoholism mid-way in 2014 after spending about a month in jail in Dubai for insulting Islam earlier that year.